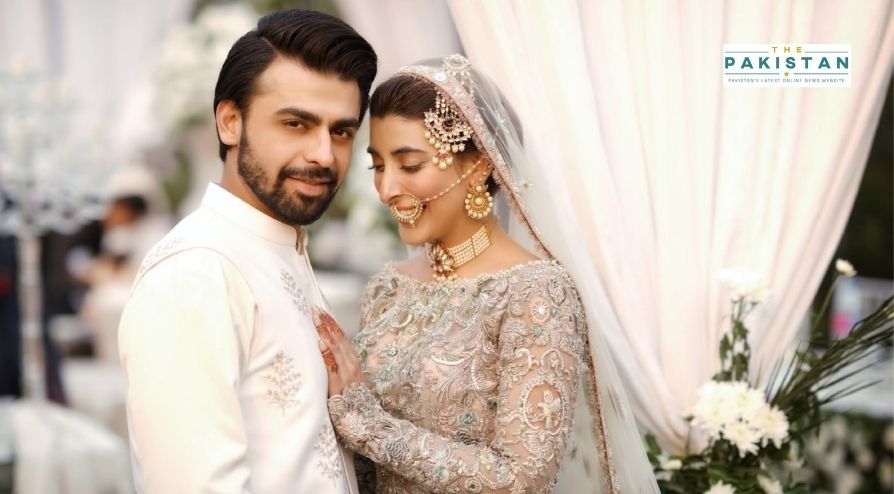 Media outlets are abuzz with the news of Urwa Hocane and Farhan Saeed splitting upending their three years of marriage. The news reports quoted sources as saying that the two had decided to call it quits.

Meanwhile, the couple is yet to confirm the news of their separation as there has been no official announcement from either of the two actors.

Earlier, during the festivities, a number of showbiz celebrities including Fawad Khan, Noman Ijaz, Bushra Ansari, Sajal Ali, Resham, Armeena Khan, and many more had attended their reception.

The duo were engaged in Paris but tied their knot in a simple and intimate ceremony at the Badshahi Mosque, Lahore. The wedding festivities were followed closely by their fans and made headlines for a good two-to-three months.

The couple was famous for their style statements and sizzling chemistry as seen in the various photoshoots setting goals for everyone. The two tied the knot on December 16, 2016.

She further went on to add that she will not do anything to stop the marriage and wish him the best luck if and when Farhan chooses to get married.

Urwa Hocane, whose real name is Urwa Tul Wusqua Hussain, better is a Pakistani model and actress who has starred in various dramas and acclaimed films. Her first appearance in a movie was alongside Fahad Mustafa in the popular 2014 romantic comedy Na Maloom Afraad.

Meanwhile, Farhan Saeed, who is currently an actor but started off as a singer for the Jal Band is also an entrepreneur who owns Cafe Rock in Lahore. His acting career has been with brilliant performances in Suno Chanda and Prem Gali.