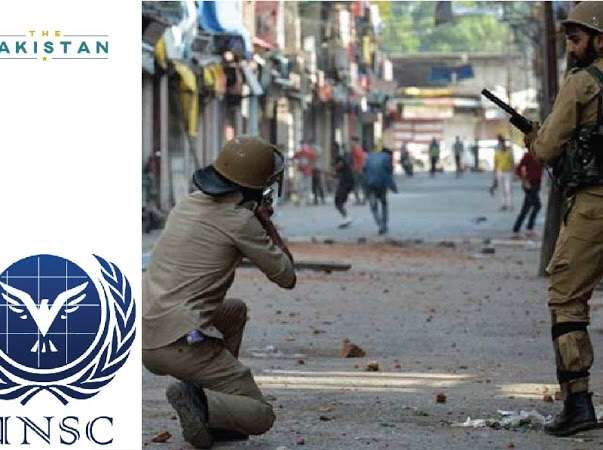 The UN Security Council on Wednesday met to take up the issue of Kashmir in order to ensure the rights of the valley’s citizens are protected.

“Today’s (5th August 2020) meeting of the UN Security Council is a part of a series of steps that my Government has taken, under the leadership of Prime Minister Imran Khan, to address the fast deteriorating security, economic and social conditions of the people of Jammu and Kashmir, especially in the aftermath of the Indian unilateral, and illegal actions of 5 August 2019,” said Foreign Minister Shah Mahmood Qureshi.

“It is my profound honour to share with you that today, at Pakistan’s request; the UN Security Council discussed the situation in Jammu and Kashmir for the third time in a year. We are grateful to all the members of the UN Security Council, especially China for their support in organizing the meeting in the Council.”

Moreover, he also added that there is no doubt that India took desperate attempts to prevent this discussion and when this could not be prevented, then Indians have gone to the absurd length to minimize the importance and significance of the meeting. As such the reality is that India failed to convince the Council that Jammu and Kashmir is a ‘bilateral issue’ – a mantra that its ideological and expansionist-driven leadership can no longer hide behind the so called ‘Shining India’.

The meeting was held on 5thAugust, the day Pakistan was marking the Youm-e-Istehsal (Day of Siege) of India’s illegal measures in Indian Illegally Occupied Jammu and Kashmir (IIOJ&K), signifies the fact that Jammu and Kashmir is an international dispute firmly on the agenda of the Security Council and has nullified, yet another time, the Indian self-serving claim that it is an ‘internal matter’.

The UN Security Council convened this meeting within 72 hours of Pakistan’s request, and reaffirmed the validity of its resolutions that the final disposition of the Jammu and Kashmir dispute will be made through a free and impartial plebiscite under the auspices of the United Nations. I would like to remind India that through its sophistry and obfuscation, it cannot create a smokescreen for unilateral and illegal actions in IIOJ&K taken since 5 August 2019.

In my letter to the President of the UN Security Council, I apprised the Council of the serious threat to international peace and security resulting from Indian belligerent posturing against Pakistan; its gross and systematic human rights violations in IIOJ&K; and its introduction of a series of new ‘domicile rules’ to open up gates for ‘demographic flooding’ in IIOJ&K. Along with my letter, Pakistan also circulated two comprehensive papers on the legal aspects of the dispute and the egregious human rights violations in IIOJ&K, as official documents of the Security Council.