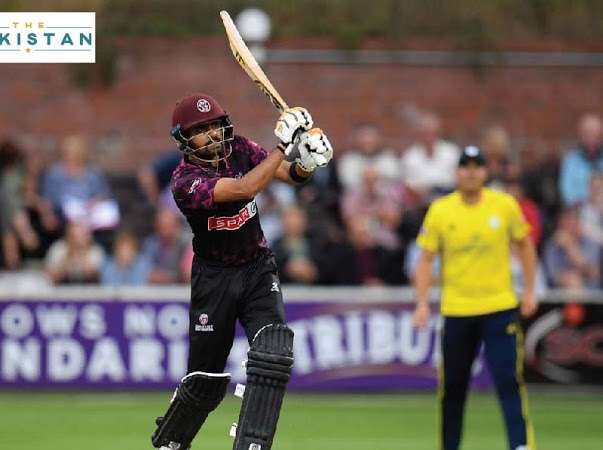 After winning the toss and electing to bat first, Azhar AlI-led Pakistan side on the first day of the test match posted a score of 139-2 before the match was delayed by rain.

Captain Azhar and opener Abid Ali were sent back to pavilion in quick succession after the former was caught leg before wicket where Abid was bowled out by a beautiful delivery by England’s pacer Archer.

“Pakistan’s Babar Azam served notice to England that he is ready to continue his remarkable rise in Test cricket, compiling a regal half-century before being halted by the weather on day one of the series opener in Manchester,” said the Pakistan Cricket Board in its post-match press release..

Already an established white-ball star, Babar arrived in England boasting an fast-growing reputation in the longer format, averaging 65.5 since the start of 2018 including four centuries in his last seven innings, it added.

His knock was easily the highlight of a first day comprising just 49 overs, with 11 boundaries of the highest order in a stay of exactly 100 balls.
Chris Woakes, England’s best performer with a wonderfully controlled eight-over morning burst, might have dismissed Babar first ball with a beauty that threatened both the outside edge and the off stump but that near miss was as good as it got against the 25-year-old.

As well as frustrating England’s attack, Babar also left his partner Shan Masood playing second fiddle. The opener batted studiously for 45 not out, with Jos Buttler fluffing two chances off Dom Bess on that score – shelling a catch and missing a stumping.

England’s team selection hinged predominantly on Ben Stokes’ nagging quad injury, and, although he went through an extended bowling practice during the warm-ups, he was ultimately named as a specialist batsman.

Babar took on Anderson first, flicking him to fine leg, pushing through mid-wicket and forcing elegantly between point and cover to get the boundary tally moving. England’s record wicket-taker, who turned 38 last week, also became the first man in Test cricket to be no-balled by the TV umpire as part of a new ICC trial.

Babar was into his stride now, stroking a Broad full toss to the ropes, caressing Archer past mid-on and unfurling a pair of serene cover drives off Bess. England had been expecting the very best from the one-time Somerset recruit and he was delivering just that.