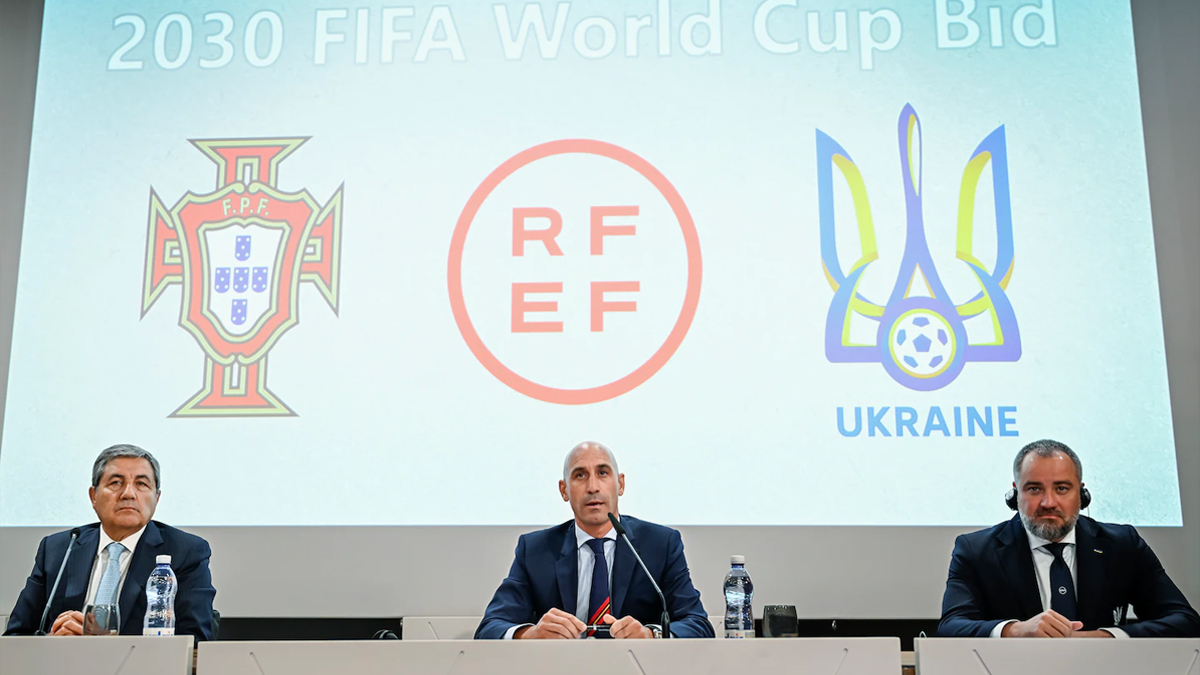 They said that UEFA, the entity that governs European football, as well as the governments of Spain, Portugal, and Ukraine, fully supported the decision, which was made public at a news conference held at the UEFA headquarters in Switzerland.

The first concept was made public two years ago, but the Russian invasion of Ukraine has given it new political momentum.

Football is a Universal Sport

“Our bid is now a European bid; it is no longer an Iberian bid. Our current bid, in my opinion, is far better than it was earlier. Football is a universal sport, and since it has the power to significantly alter people’s lives, it ought to be used for good as well.”

“We’ll start working on the logistics in the upcoming months,” he continued.

The joint South American offer from Uruguay, Argentina, Paraguay, and Chile will compete against other bids for the 2030 competition, including one from Egypt, Greece, and Saudi Arabia and one from Spain, Portugal, and Ukraine.