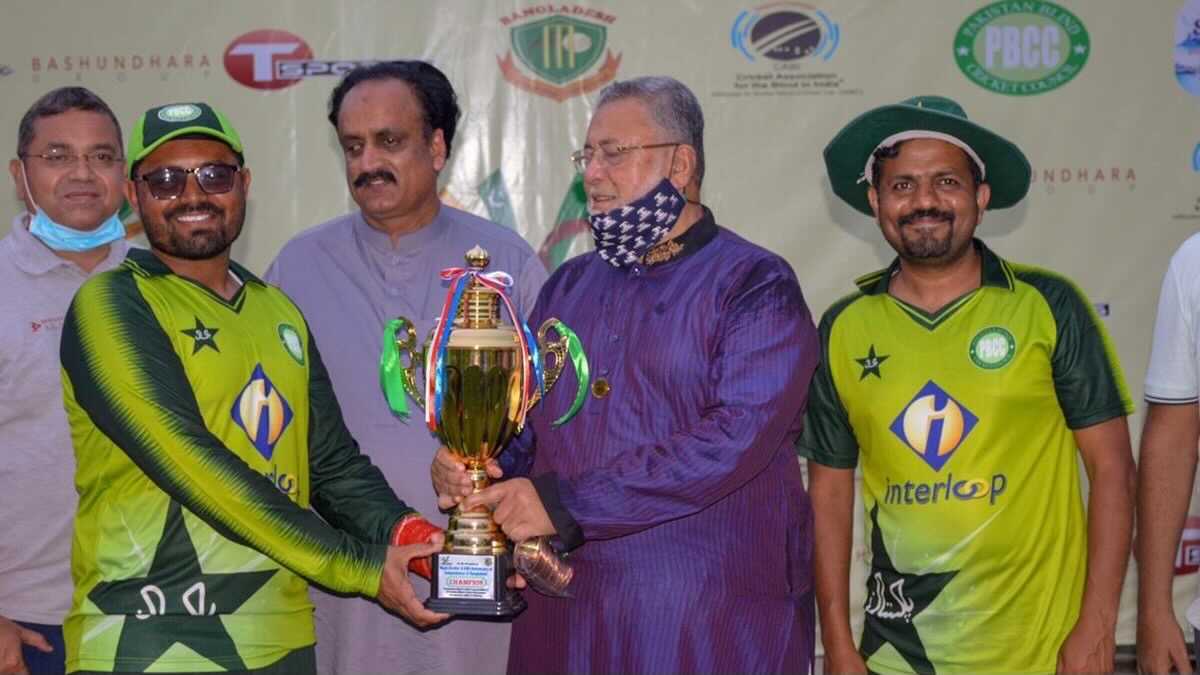 On Sunday, Pakistan defeated India with an outstanding 62 run win in finals of Tri-Nation Series for the Blind 2021, lifting the cup.

After India asked Pakistan to bat post winning the toss, Pakistani players dominated the game right from the beginning. The team placed score of 174 runs on board in the 15 overs innings.

Pakistan Captain Nisar Ali played a remarkable innings scoring 69 runs. Zafar Iqbal scored 48 runs bringing country’s score to a commendable mark. Iqbal missed his half century after he got run out in the ninth over. India’s Ajay Kumar Reddy Cabi too gave a great performance with his ball as he took two wickets while giving away 26 runs from three overs.

This win was a sweet victory after 15 long years that Pakistan beat its arch-rival India in a major cricket event. The final was played under a revised edition of 15 overs after Bangladesh government announced a strict lockdown due to Covid-19.

Pakistan reached a good score of 174 for 3 in 15 overs after a rather rocky start after Rashid got out for duck in the very first over. But the brilliant 96 run partnership between Nisar and Iqbal for second wicket brought Pakistan to the win. Pakistani bowlers too contributed to the historic win by guarding the score and restricting Indian batsmen to just 112 runs for 7 in 15 overs. Muhammad Shahzaib picked up 3 wickets while giving away 12 runs in 3 overs. Sajjad Nawaz took two wickets.

Pakistan Captain Nisar Ali was awarded with the Man of the Match.

Earlier Pakistan had defeated Bangladesh by 7 wickets in the last group match. Pakistan had easily chased down the score put up by Bangladesh of 83 in 10 overs. Pakistan registered win in the 8th over with 3 wickets down.