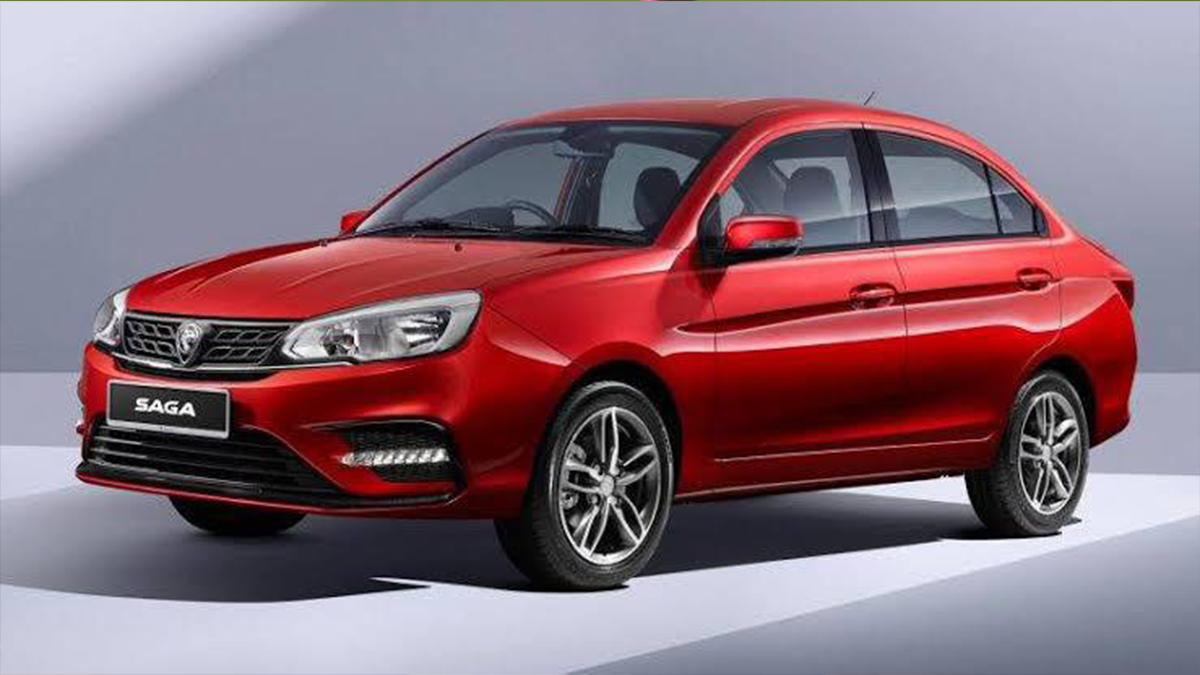 Malaysian auto giant Proton on Sunday unveiled the all-new Saga sedan in Pakistan with the most affordable price in the category. In collaboration with Pakistan’s Al-Haj Automotive, Proton has launched the b-category sedan in four variants – the Standard MT, Standard AT, Premium Saga Ace AT, and limited-edition R3 AT.

The first three variants come with 1299cc engines, that will produce 96 horsepower and 120 Nm of Torque. The engine size has been reduced from the original cars available in the international market to accommodate the demand of the Pakistani market. Inspired by the Proton R3, the fourth limited-edition variant of the Saga sedan will have a 1332cc engine.

In terms of appearance and equipment, the Premium Saga Ace AT will have 15-inch alloy wheels, an N95 cabin filter, seven-inch touchscreen media system with smartphone mirroring, a reverse camera, and LED daytime running lights among other exciting features. With 14-inch wheels with plastic covers, rear parking sensors and remote trunk release, the Saga MT and AT launched in Pakistan have similar features to Standard MT and AT variants available in Malaysia.

A Samaa TV report has stated that the price of the basic manual version of Proton Saga is Rs 1.97 million, making it potentially the cheapest sedan available in Pakistan compared to its competition Honda City, Changan Alsvin, and Toyota Yaris. At the same time, the company has priced the Saga standard automatic transmission is Rs 2.12 million and the range-topping Saga Ace AT at Rs 2.22 million.

Proton is expected to sell only 100 limited units of the Saga R3 (1332 cc) in both manual and automatic transmissions in Pakistan. While the manual version of Saga R3 is priced at Rs 2.15 million, the automatic car will cost Rs 2.45 million.

According to the company, the limited-edition model will be sold on the basis of a lucky draw. People willing to buy the car are required to register their interest online and after 10 days, a lucky draw will be conducted to decide who can buy the car.

For safety, all versions of the car are equipped with dual front airbags and an anti-lock braking system (ABS).

The cars are expected to hit the showroom across Pakistan on April 5. These cars will be available in six colours – Ruby Red, Armour Silver, Jet Grey, Rosewood Maroon, Snow White and Quartz Black. Malaysian auto giant Proton has partnered with Al-Haj Automobiles to produce at least 25,000 units annually. In December 2020, Proton launched its SUV crossover X70 in Pakistan.