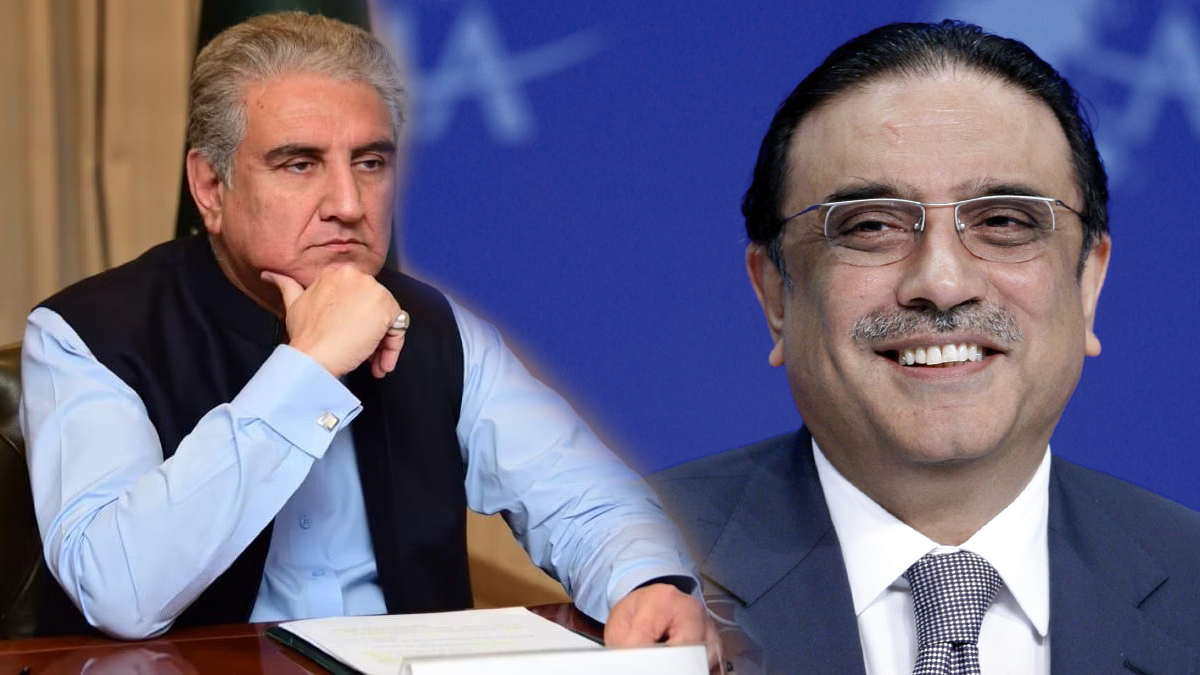 Vice-chairman Pakistan Tehreek-i-Insaf (PTI) and Foreign Minister Shah Mehmood Qureshi has advised the people of Sindh to rid the province of Zardari and his feudal lords.

He asked the masses of Sindh to strengthen PTI’s hands.

He said the time had come for Sindh to go forth with a revolution in the province because Zardari’s coterie of tyrant feudal lords had plundered public resources.

The ‘Huqooq-i-Sindh March’ made stopovers in Jacobabad, Kandhkot, and Shikarpur on Sunday.

Besides Qureshi, PTI’s provincial president Ali Zaidi as well as various central and provincial leaders of

PTI addressed a large number of people at different places along the route.

Qureshi said the PTI had come out to correct the wrongdoings by the “Zardari group”, who had destroyed the province in its 15-year rule. The Foreign Minister said the time was ripe to hold the People’s Party accountable for its crimes.

He asked people to rise against the exploitation by the “Zardari group” and make PTI candidates successful during the 2023 general election. “You have to pay heed to the voice of your conscience,” he said.

Qureshi maintained that no one had thought that the PML-N would be dislodged from Punjab, but PTI “buried PPP and PML-N” in the province.

“The time is for the people of Sindh to stand and rid the province of the Zardari Group, which has plundered Sindh,” he said, adding that Zardari had always rigged elections in Sindh to deprive the province of its fundamental rights.

Qureshi said that Zulfikar Ali Bhutto had a character and his daughter was a fine lady, but now Zardari had indulged in politics of hatred.

“Don’t create any hurdles. It is pathetic that a minister of Sindh has used uncivilized language against PM Imran Khan who is a decent person,” he said.