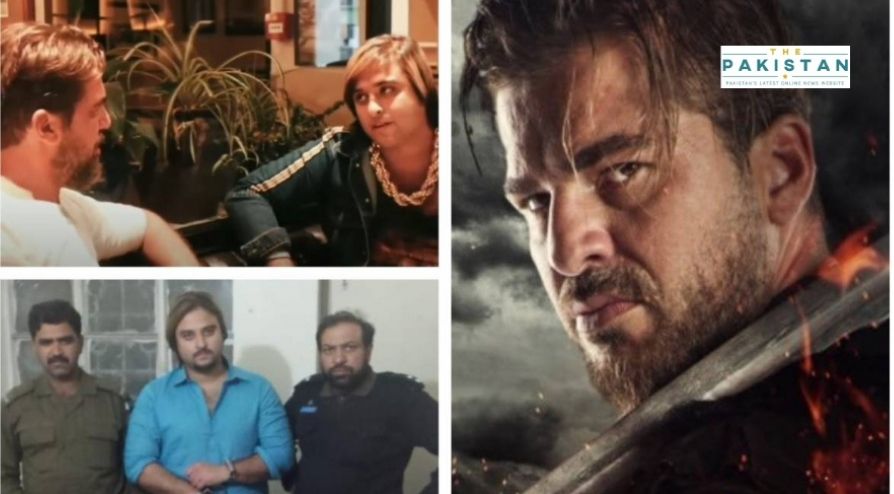 Pakistani fans were over the moon as Ertugrul-fame Engin Altan Duzyatan was visiting Pakistan this week.

However, reports have now emerged a local Sialkot-based businessman was defrauding the Turkish star who played the role of in the famed series Diliris: Ertugrul.

Media reports suggest that Mian Kashif Zameer, a TikTok star famous for his bizarre hairstyles was accompanying Engin everywhere during his visit to Punjab province, had struck a deal with the Turkish star to pay him one million dollars during his visit. However, he only paid half of the total amount to the Turkish actor.

Meanwhile, the police have nabbed Mian Zameer over defrauding the global superstar.

On the other hand, Mian Zameer has denied these claims and said that he was being subjected to a malicious campaign claiming that the media outlets were angry with him after they were unable to meet the Turkish star. He said that the media campaign against him was being done out of revenge.

Mian Zameer alsos shared a video on TikTok where he warned the media reporters against the campaign as he said that the claims were all false.

Although the matter with regards to defrauding Engin aka Ertugrul is being investigated by the police, one thing that has been proven is that Mian Zameer has a record of felonies. As per the police reports, he is a wanted felon in cases of fraud, betrayal of trust, car theft and robbery.

Of these cases, four are registered in Lahore whereas two are in Toba Tek Singh while another case of fraud has been registered in Sialkot.

Mian Zameer’s interviews reveal that he runs the Chaudhary Group of Companies and his father served as a sessions judge. Since his father’s death, Zameer now runs the family business.

Earlier, Engin Altan aka Ertugrul was also invited at the launch ceremony of Blue World City. The project was however flagged by the Rawalpindi Development Authority as fake.