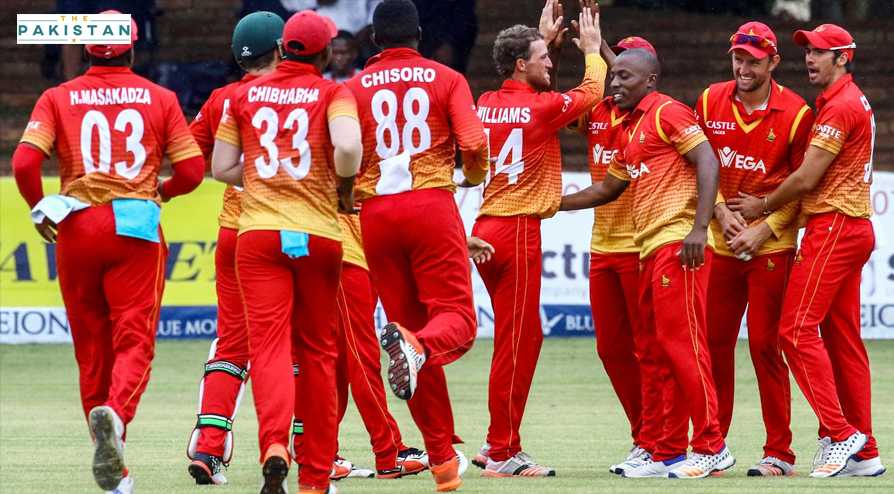 Despite winning the toss and opting to bat first, Zimbabwe’s batting order crumbled in front of Pakistan’s bowling attack as the visitors only managed to score 206 runs in the 46 overs before getting all out.

Opener Brian Chari also got off to a good start as he scored 25 runs off 46 balls but was unable to maintain a partnership as his opponents fell one after the other.

Middle order batsman Sean Willams and Brendan Taylor were the only two players who managed to post some runs for their side as Williams scored 75 runs from 70 balls to post a defendable total for his side.

Iftikhar was the star of the bowling side as his off-spin confused batsmen on the field. Even though the pitch report confirmed the field to be batting heavy, the spin came into play later in the innings as Zimbabweans had no answer for Iftikhar’s googlies. The Rawalpindi Cricket Stadium is usually considered a good pitch for batsmen but Zimbabwe’s crumbling batting order failed to make a mark.

He took five wickets bowling 10 overs with an economy rate of four runs per over.

Shaheen Shah Afridi bowled 10 overs giving away a total of 36 runs with one maiden. Afridi was struggling to maintain line and length of his bowl as he was seen frustrated during the field.

Musa Khan, on his debut also managed to take two wickets in the seven overs he bowled. Meanwhile, Imad Wasim was taken to the cleaners as he helped the middle order cement their lead in the middle of the innings.

Bowling just five overs, Wasim conceded 43 runs with an economy of 8.63 per over.

Pakistan needs to score 206 runs in 30 overs to win the second ODI of the series.