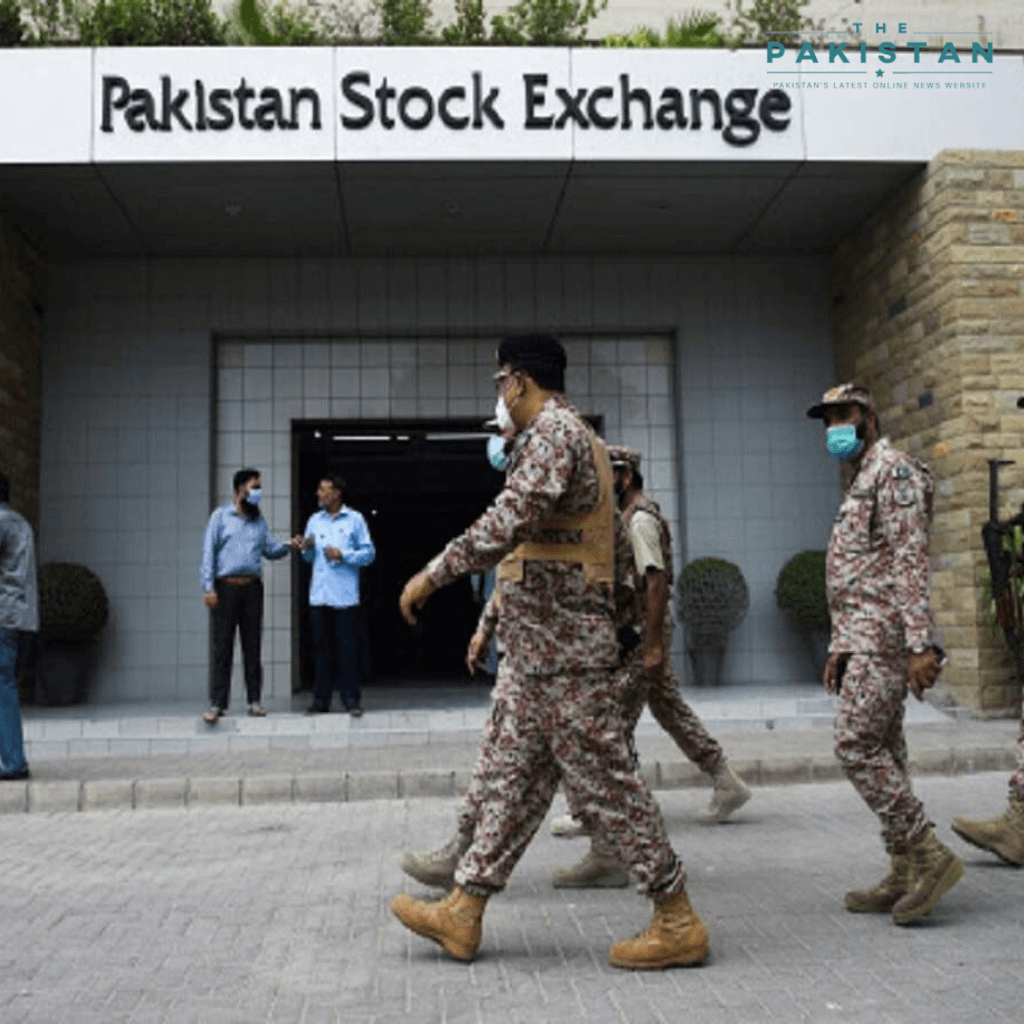 Four terrorists, driving a private car, attacked the PSX compound on I. I. Chundrigar Road at 10:02am in the morning, but the security personnel at the scene killed them all within a matter of eight minutes. Law enforcement agencies cleared the scene by 10:10am.

The BLA terror outfit, with links to Indian intelligence agency Research Analysis Wing (RAW), claimed responsibility for the attack via emails to journalists.

The terrorists were carrying high-tech weaponry, grenades and explosive material in large quantities which was seized from them by the LEA personnel. According to initial investigation carried out by the law agencies, the terrorists were planning to siege the compound as they found food and ration items in their belongings.

Despite the terror attack, the trading on the index did not come to a halt for a minute with the index gaining nearly 220 points or 0.65 per cent as of 3:29pm.

In the post-attack press conference, the Sindh Police and Rangers’ officials claimed that intelligence agencies were already warned about an attack on the PSX compound.

Managing Director, while confirming this, said that the agencies had warned the PSX yesterday about the possibility of an attack. He said that after receiving the warning, the management beefed up the security at the compound and posted additional personnel on the entrance and exit gates.

The PSX attack was a part of a large-scale operation planned by the RAW-backed BLA outfit, to attack Peshawar, Waziristan, Karachi, and Lahore Consulate simultaneously.

PM Imran Khan, while condemning the attack, praised the bravery of security personnel martyred and injured while defending their country and said the country-men are proud of its soldiers.

Chief Minister Sindh Syed Murad Ali Shah said the attack on PSX was an attack on Pakistan’s national security and the economy. He said the bravery of our law enforcement should send a clear message to any terror outfits who hold an ill-will against Pakistan or its economy.