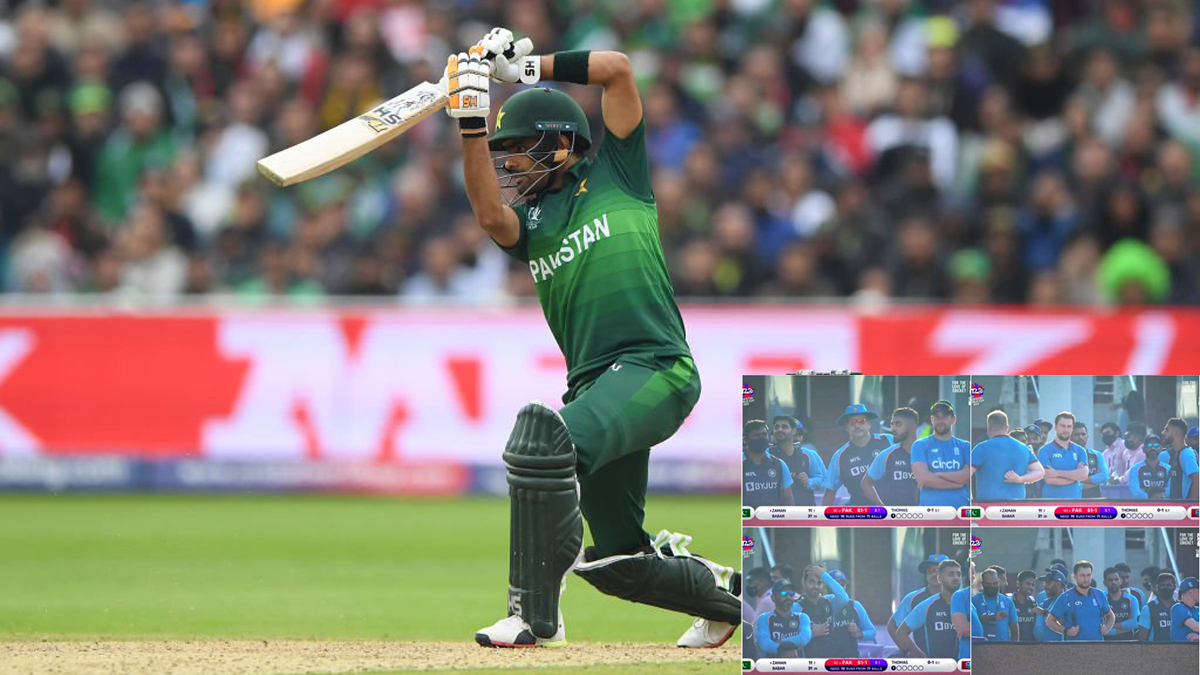 The Pakistani captain currently ranks as the best ODI batsman. He proved instrumental in his team’s blazing victory over the West Indies by scoring a half-century with six 4s and a six.

On Monday, Pakistan defeated West Indies by a whopping seven wickets with a comprehensive team effort in their warm-up match.

The skipper, taking to his Instagram story, said: “Enjoyed the outing today.”

Meanwhile, images showed the Indian team reaching the venue prior to their warm-up fixture versus England. Kohli’s team, along with mentor Dhoni, could be seen watching the Pakistan captain Babar Azam batting his way to a half-century.

Along with them were the English players, who had also arrived to play their warm-up match against India.

As usual, it allowed the Pakistanis to take to social media sites to share memes of the Indian team seeing Babar Azam skillfully score 50 runs.

A few of them termed the Indian cricket team “fans” of Azam, who had come to watch him bat.

It merits mentioning that Pakistan’s match against India is played at 7 pm on Sunday, October 24. Pakistan will partake in a training session in Dubai today.

The team management has decided to include experienced and senior cricketers in the XI for the blockbuster India clash.

As per media reports, unless fitness issues creep up, it is very likely that the same combination taking part in the warm-up matches will be in action against India.

It seems that Babar Azam, Mohammad Hafeez, Shoaib Malik, Mohammad Rizwan, Fakhar Zaman, and Asif Ali will be named in the playing XI.

Hassan Ali, Shaheen Shah Afridi, and Haris Rauf are most likely to be included in the playing XI among the bowlers.

Regarding the all-rounders, Imad Wasim and Shadab Khan are being backed by the team management to be included.