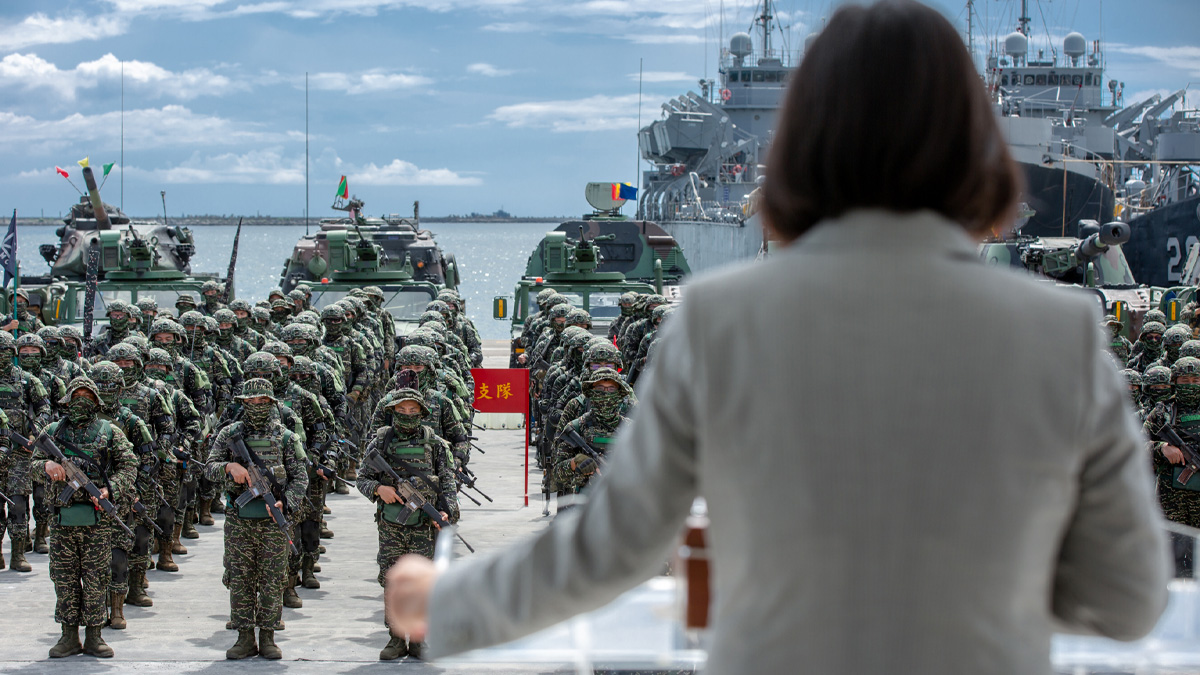 As Beijing increased military exercises close to the democratically-governed island, Taiwan declared on Wednesday that it would exercise its right to self-defense and launch a counterattack if Chinese forces entered its territory.

In response to US House of Representatives Speaker Nancy Pelosi’s trip to Taipei, Beijing has recently conducted military drills all around the island.

Taiwanese defence authorities warned that China’s continuous “high intensity” military patrols close to Taiwan and its goal of transforming the strait separating the two sides into a “inner sea” would serve as the key catalysts for instability in the area.

A senior Taiwanese military officer, Lin Wen-Huang, told reporters at a news briefing, “The national army will exercise right to self-defence and counter-attack without exception for aircraft and ships that entered our sea and air domain of 12 nautical miles.

Chinese drones have routinely flown close to Taiwan’s small groups of islands along China’s shore, which has drawn complaints from Taiwan.

Lin added that the military would use the same right to retaliate against Chinese drones that had threatened Taiwan but had ignored orders to leave the country.

Tuesday, just after President Tsai Ing-wen instructed the military to take “strong countermeasures” against what she called Chinese provocations, Taiwan fired warning shots at a Chinese drone for the first time.

The islets in Taiwan’s Kinmen chain, which are located close to the Chinese cities of Xiamen and Quanzhou, were buzzed by drones once more on Wednesday, according to the Taiwanese army.

The drones later returned to Xiamen, it was said.