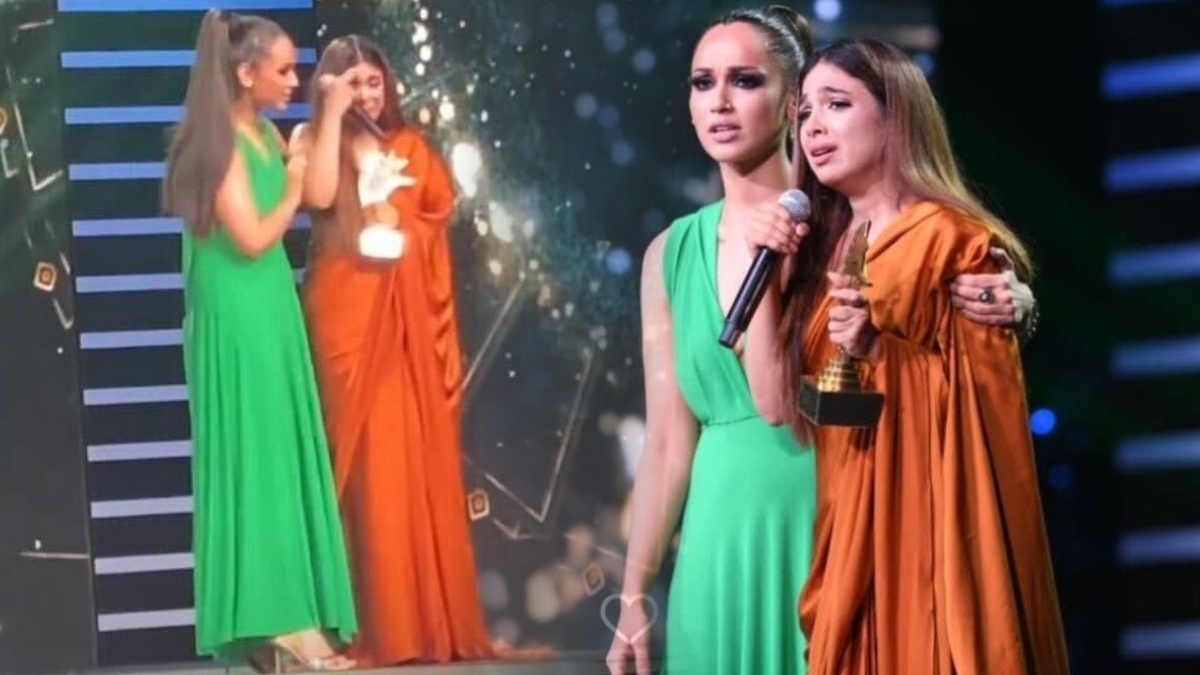 While collecting the award for the best actress, the Hasil star had an emotional meltdown on stage.

It is pertinent to mention that this was her first award after being nominated for a total of 16 times in different award shows.

A teary-eyed Hussyn, while speaking on stage, thanked those who contributed to her success, adding that the masses often ignored the dramas made on intense social issues.

She said that after being nominated 16 times, this was her first-ever award.

Hussyn is one of the most talented and accomplished actresses in the Pakistani entertainment industry.

She is known for her appearances in well-crafted drama serials – Kisay Chahoon, Hasil, Aisi hai Tanhai, Ishq Zahe Naseeb, and “Mohabbat Tujhe Alvida. Hussyn has shown that hard work and devotion can make anyone stand tall among his contemporaries.

Critics believe that Hussyn’s presence in any project guarantees its success.

Without any doubt, Hussyn is one of the most versatile actresses we have ever had.

It merits mentioning that she recently called out the ‘double standards’ of the jury after the Lux Style Awards 2021 nominations were revealed.

Turning to her Instagram, a disappointed Sonya spoke about some of her promising projects, including Saraab, that stood unrecognised.

“It is disappointing to see that a serial like Saraab did not get even a single nomination at the Lux Style Awards. We speak about the need for meaningful content that educates the masses with hardcore issues. Still, when such content is created, it’s hardly ever recognised. Aren’t those double standards?”

With her recent award, we finally can say that her days of not being recognised are over. We wish her all the very best in her future endeavours.