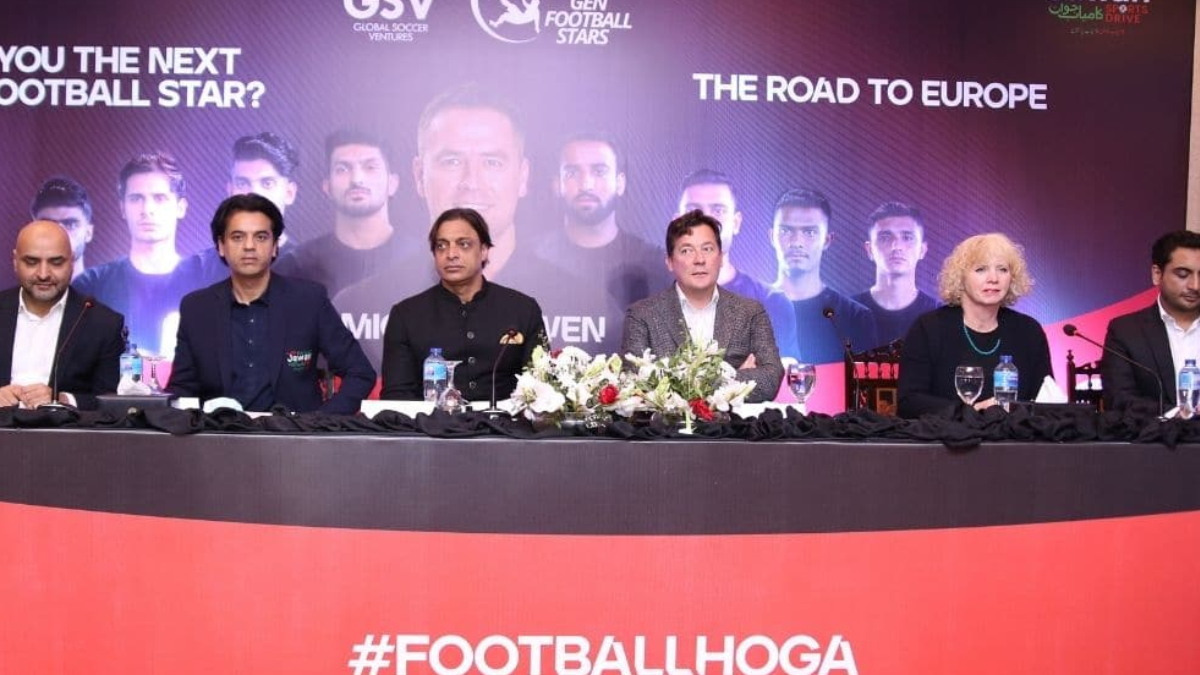 The trials will be held at 11 venues in 10 cities across Pakistan, as per media reports. “The trials offer a life-changing career, promising professional football contracts in Ireland,” an official statement said.

Akhtar’s nationwide tour will include four Lahore, Quetta, Karachi, and Islamabad masterclasses to develop football coaching expertise at par with European standards. The contract will be locked under St.Patrick’s Football Club program in Ireland.

Special Assistant to the Prime Minister on Youth Affairs Usman Dar and former fast bowler Shoaib Akhtar unanimously declared Pakistan a one-sport nation. In the launching ceremony of Global Soccer Ventures (GSV) Next Generation, Dar said the poor state of sports infrastructure was the primary reason behind diminishing sports in the country. The PTI leader said 94 per cent of youth did not have access to sports facilities.

“We will make sure that our youth has access to grounds and sports facilities. We will help and guide them to become sports stars.” Dar announced that Rs4 billion would be dedicated to sports facilities for the youth.

The SAPM said the government would leave no stone unturned to popularise the Olympic sports in Pakistan. “Cricket has overshadowed all sports in Pakistan. Every youngster wishes to become a cricketer. Teenagers, having immense talent in soccer, usually leave their efforts midway as they see no future in the sport.”

“We have become a one-sport country. Our youth don’t see any future in other sporting activities. Thus, we must ensure that we work for the uplift of other sports in actual terms,” Akhtar said. For the last ten years, the GSV has supported soccer in the country but has faced many hurdles.