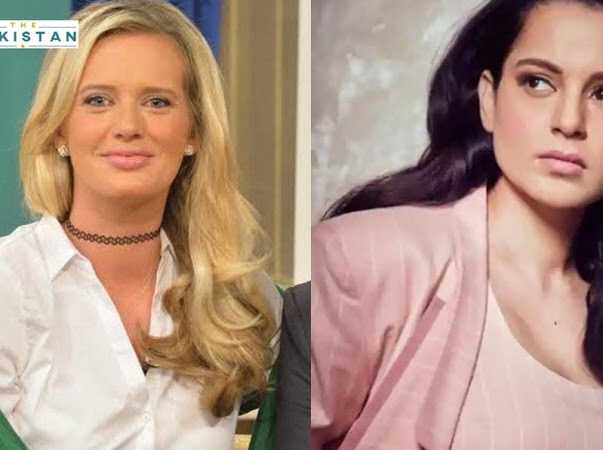 Kangana Ranaut is at the forefront of everything in India be it the political, religious, entertainment or administrative. She is in the news almost always.

However, ever since the unfortunate death of actor Sushant Singh Rajput, Ranaut has taken the limelight to crusade against her colleagues in the bollywood.

Her social media antics over the last few years have led her to increase her enmity with the fellow bollywood colleagues. However, when she was recently asked in an interview about how she sees her actions on social media, the Queen actor said “I may come across as a very ‘ladaku’ person but it’s not true, I have a record of never starting a fight, I will quit twitter if anyone can prove otherwise, I never start a fight but I finish every fight. God said when someone asks you to fight, you mustn’t deny them.”

However, Shaniera Akram took to Twitter and clapped back at Ranaut. She said that “You may not start fights, but you’re not exactly Mother Teresa now are you…”

Kangana’s critics claim that she has exploited Rajput’s death to her own advantage and has been on her ranting spree over topics that do not even concern primarily to increase her followings and to stay in the news.

Recently, she also blamed Deepika Padukone for going through depression. In a bizarre claim, she said that Padukone was taking illegal drugs from her circle and had apparently gone into depression because of overdose.

“Repeat after me, depression is a consequence of drug abuse. So-called high society rich star children who claim to be classy and have a good upbringing ask their manager [for drugs],” she said while taking a dig at Deepika Padukone.

Padukone has shared her experience with depression openly with the media and has advocated for destigmatising the subject through awareness.