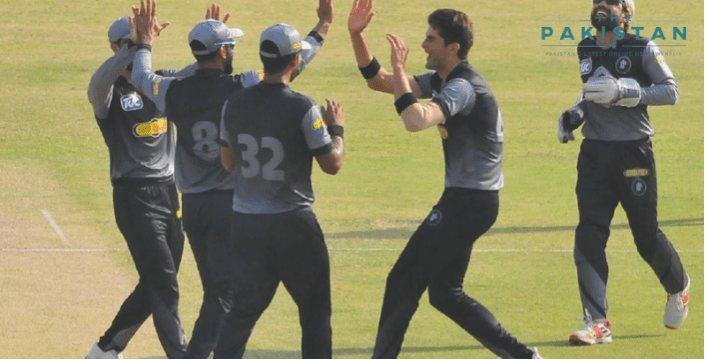 It seems like Shaheen Shah Afridi is on a roll lately, after posting a record 5-20 against Balochistan last week, he stormed through Sindh’s batting order by taking another five-wicket haul with an economy rate of five per over.

These figures come after Shaheed posted a career-best 6-19 during the T20 Blast in England against Middlesex at Southampton.

Afridi, playing for Khyber Pakhtunkhwa in the ongoing First XI National T20 Cup at the Multan Cricket Stadium inspired his side to a eight-wicket win against Sindh.

Sindh posted a target of 183 runs batting against Khyber Pakhtunkhwa. Sindh were down three wickets after scoring a meagre 54 runs but later managed to sail through with Sharjeel Khan and Ahsan Ali putting a mammoth 111 run partnership off just 71 balls. .

Sharjeel was the star for Sindh as he scored 90 runs off of 56 balls hitting seven fours and six sixes. However, just as Shaheen returned to bowl his second spell in the final overs of the match, Sharjeel also lost his wicket.

Meanwhile, on Khyber Pakhtunkhwa side, Hafeez led his team to the in as he was the leading run scorer with 72 not out followed by Fakhar Zaman, who scored 61 runs. On the other hand, Anwar Ali emerged as the leading wicket taker bagging two scalps for 40 runs.

Khyber Pakhtunkhwa only lost these two wickets dressing Rizwan in the early overs.

In the evening game, Balochistan beat central Punjab by three runs as Umar Gul and Yasir Shah both took away seven wickets of the Central Punjab side.

Batting first, Balochistan set a target of 169 runs against a loss of eight wickets. Central Punjab however fell short of the target by three runs as Yasir Shah and Umar Gul ripped through the batting not allowing the side to settle down at the crease.