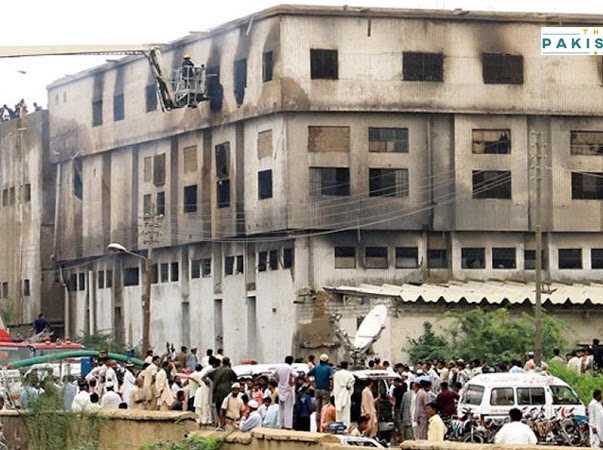 Charya and Bhola — who were sentenced to death by anti-terrorism court in Karachi — have challenged their conviction in the Sindh High Court requesting the court to strike down their conviction.

On September 23, an anti-terrorism court sentenced the two MQM workers to death in the Baldia factory blaze that killed nearly hundreds of people.

A garment factory in Karachi’s Baldia Town was burned to the ground by two MQM workers after factory owners refused to give extortion money. The Altaf Hussain-led party had demanded a ransom of around Rs200-300 million in August 2012 from factory owners who refused to handover the money.

Subsequently, party workers including the two named above burned the factory to the ground killing 258 factory workers who were inside the building at the time as well.

The heinous crime was left unpunished as the party had a major stronghold in the city. Meanwhile, later on in 2015, Pakistan Rangers initiated an investigation into the matter and blamed MQM and some of its leadership of being responsible for the death of workers.

The report prepared by a joint investigation team (JIT) was submitted to the Sindh High Court by an additional attorney general, along with a statement of the deputy assistant judge advocate general of Rangers, Major Ashfaque Ahmed.

Subsequently, a trial was also started to bring the culprits to face the law.

Even though the court handed out strict punishment to the two alleged in the case, some said that the judgement had ignored the role played by MQM’s top leadership who were calling the shots.

Back in those days, MQM ruled the city with an iron fist quelling any dissent from within through targeted killings and other means. The party had become notorious for its terror outfits and roamed the city breaking laws everywhere they went.