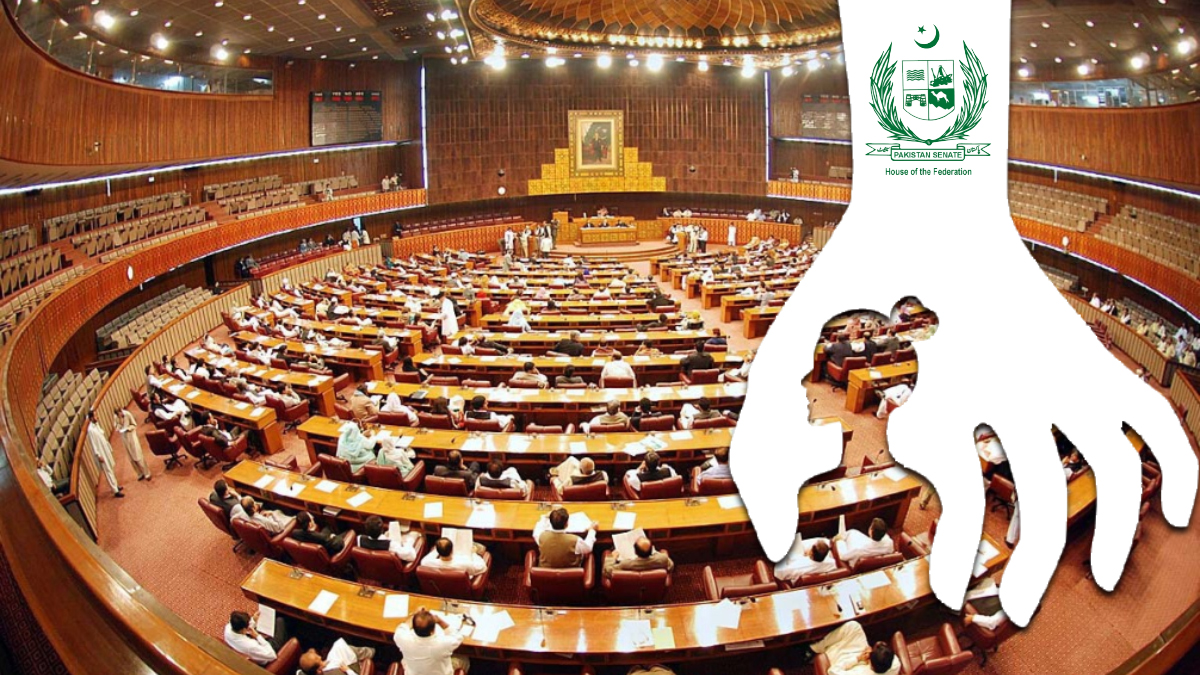 On Wednesday, a case was registered against a Senate employee who harassed a girl in Islamabad.

In a video that went viral on social media, a girl can be seen lashing out at a man filming her without consent.

The girl kept asking the man to show the video, but he refused to cooperate and ran away.

In the FIR, the girl said that she had stopped by a bank in Islamabad, and the person intruded and started recording a video of her.

“I asked him why he was recording the video. At this, the man said that he was filming me and ran away,” the girl said in the FIR.

The girl also posted the video on her social media accounts.

It later clarified that the man, Rana Azhar, was an 18-grade employee of the legislative branch in the Senate. Upon knowing this, Chairman Senate Sadiq Sanjrani suspended the officer and ordered an immediate inquiry into the matter.

The secretariat issued a notification of Rana Azhar’s suspension on Wednesday night. The accused was suspended for four months under Rule 5 (1) of the Civil Servants Rules 2020.

Meanwhile, Islamabad police also took notice of the incident, contacted the girl, and registered a case against the alleged Senate official.

Kohsar police station registered a case in which anti-harassment provisions have been added against the accused. The police officials said more facts would come to light after the man was interrogated, adding that the affected women had also been contacted regarding the case.