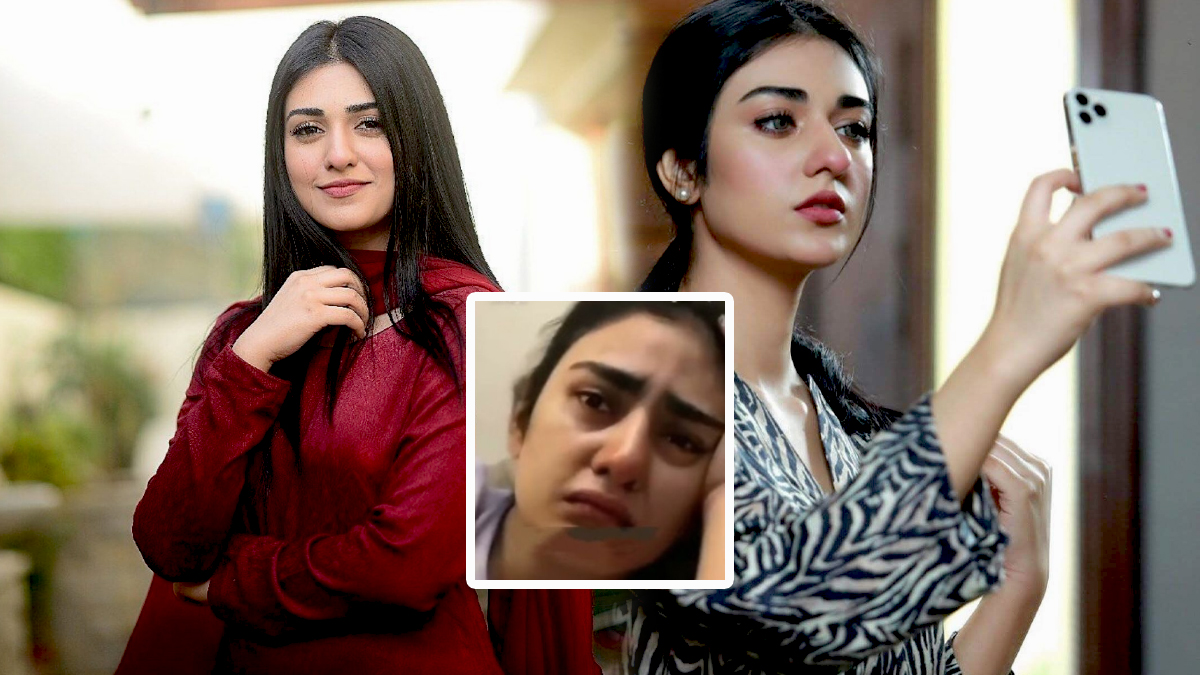 A video seeing actor Sarah Khan weeping is going viral across social media platforms. The actor can be seen with a whole new look.

Sarah Khan tied the knot with singer Falak Shabir in 2020. She gave birth to her first child Alyana Falak last year. According to media reports, she used a filter for the new “makeover” in the viral video.

The nine-second clip was titled ‘Snapchat filter.’ It was uploaded on the video and picture-sharing social media application Instagram. The video got thousands of views from netizens.

Sarah Khan has a huge fanbase on social media with millions of followers on Instagram. She takes to the platform to share pictures of herself along with her family and projects’ BTS.

Khan has worked in super hit projects and got praise for her performances in them. Khan’s hit dramas include Tum Meri Ho, Tumhare Hain, Naraz, Dil Nahi Manta, Mumkin, and others.

Recently, Khan said she was reluctant to work in films for a while in order to retain the ‘boundaries’ that she set for herself.

In a conversation with a local news portal, the celebrity said she would only work on projects within her limits.

“I don’t have a problem with doing a film itself. I have a lot of problems with some aspects within a film which if they aren’t present, I would do it,” she said.

‘Certain powers’ were out to get Shaukat Siddiqui out, SC told