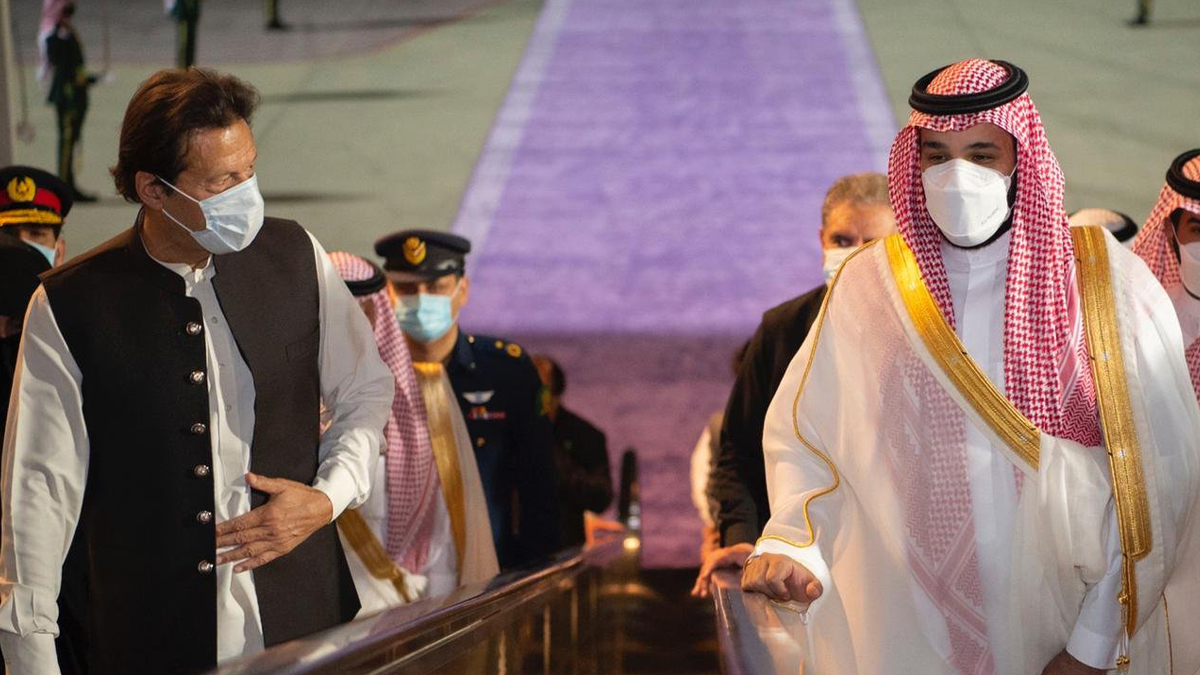 where several MoUs were inked.

Imran Khan arrived earlier Friday at the Jeddah Airport on a three-day visit and was warmly received by the Crown Prince himself.

It is the third official visit by the prime minister to Saudi Arabia since he has come to power.

The Ministry of Foreign Affairs (MoFA), in a statement issued Saturday, said both countries affirmed their commitment to ensuring the ‘upward trajectory’ in bilateral relations.

Both sides also agreed to further deepen the cooperation in all fields.

As per the statement, sincerest regards to His Majesty King Salman bin Abdulaziz, the custodian of two Holy Mosques were conveyed by Prime Minister Imran Khan and he thanked the crown prince for his invitation to him to pay a visit to the kingdom.

Key MOUs were signed between 🇵🇰🇸🇦 including an Agreement to establish Saudi Pakistan Supreme Coordination Council.

As per the press release by MoFA, the two countries share mutual trust, common values, and a longstanding tradition of mutual support that is rooted firmly in shared beliefs.

FM Qureshi said talks between Saudi Arabia and Pakistan were marked by cordiality and warmth.

The foreign minister, in a video statement, said that throughout the delegation-level talks, there was an extremely friendly atmosphere during which open discussion was held on future directions of the bilateral relationship.

The prime minister reiterated his country’s abiding support for the territorial integrity and sovereignty of the kingdom and expressed special honor for the Land of the Two Holy Mosques by the Pakistani people.