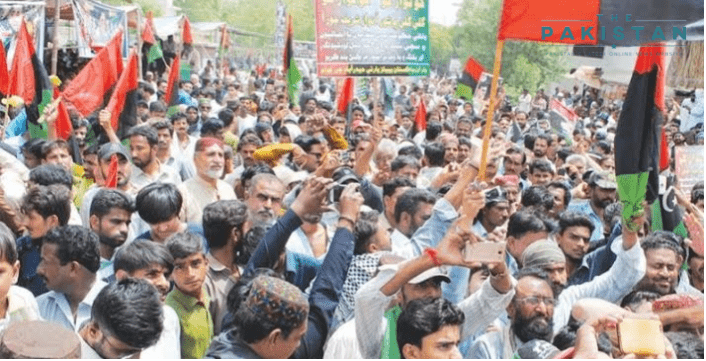 The Pakistan Peoples’ Party will hold a protest on the Ayesha Manzil today in response to the MQM-Pakistan’s recent rally which it claims fanned the urban-rural tensions.

The rally has been called the Karachi Solidarity Rally to counter the propaganda.

The rally is in response to the MQM and Jamaat-i-Ulema’s protests which the PPP said fired up flares to divide the province along racial lines.

PPP’s Sindh Minister Saeed Ghani said that those who are attempting to divide Sindh and create divisions among different ethnicities are warned that we will not let that happen.

He further added that the PPP is a non-violent party and we only go for a peaceful and democratic way to respond against all the propaganda and hatred. The parties which have lost credibility and mandate in Karachi because of their history of violence and bloodshed are staging another dirty game to regain the ground through [fanning] ethnic hatred. They know that they can only win when the people start hating each other for their ethnic backgrounds.

The political ground is heating up in Karachi ever since the rains battered the city causing losses worth billions. MQM and other parties have blamed the Sindh Government for the city’s condition. During the criticism, some instances of anti-Sindhi and anti-Muhajir sentiments have also flared up with some parties taking advantage of the rift to root out PPP from Karachi — Sindh’s largest city.

Meanwhile, former Karachi mayor Mustafa Kamal using his party Pak Sarzameen Party had also called for the ouster of PPP from Karachi calling for equitable representation of the city’s population in the administration of the province.

He said that the lack of representation of the Karachiites in the Sindh Government is a cause for concern and the city’s residents to stand up for their rights.