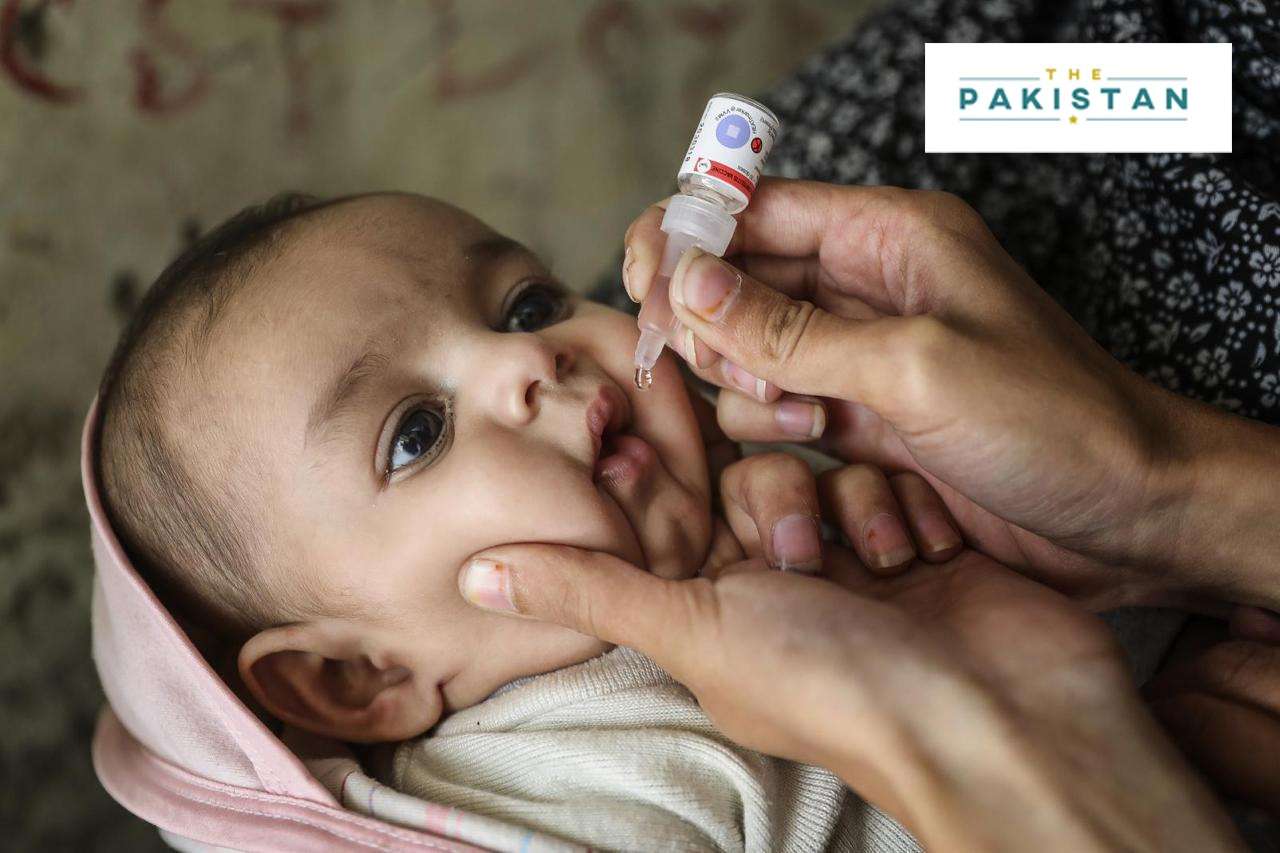 More than 32 million children under the age of five were vaccinated in 130 districts across the country during the immunisation campaign, said National Emergency Operations Centre Coordinator Rana Muhammad Safdar.

“In addition to the polio drops, children (aged between 6-59 months) received Vitamin A supplements during the campaign started on 13 August,” he added.

According to the National Emergency Operations Centre for Polio Eradication, a total of 32,100,802 children have been vaccinated against polio virus across the country.

A total of 225,000 trained vaccinators were deployed and went door-to-door for vaccination defying the harsh weather. All vaccinators were trained on preventative measures, especially handling of children during vaccination in the context of COVID- 19 pandemic, while also being provided with face masks and hand sanitizer for added protection.

“We have managed to achieve impressive coverage despite the challenging context of the COVID-19, hot weather and heavy rainfall. Our valiant trained frontline workers work hard to reach eligible children across the country. Children have also been administered Vitamin A supplements to strengthen their immune system for greater protection against diseases during this campaign. Celebrities, intellectuals and religious leaders have come forward to support the polio eradication efforts,” said Dr. Rana Muhammad Safdar, Coordinator of the National Emergency Operations Centre, Pakistan Polio Eradication programme.

“Still, we have challenges to overcome. Data-driven analysis of challenges at the grassroots level helps us identify the underlying issues associated with missed children, pockets of refusals as well as reservoirs of poliovirus circulation. Strengthening essential immunisation is also important to facilitate the interruption of all poliovirus transmission. The programme is prioritising essential immnunisation as part of the national agenda. I’m confident that we will be able to bring positive changes and make Pakistan polio-free so that no child remains at risk of contracting polio disease and getting paralysed for life,” he further said while highlighting the challenges.

The polio vaccination campaign has been conducted successfully in all provinces at a larger scale following an initial small-scale campaign in July. Campaign activities were affected in a few districts due to heavy rainfall and smart lockdowns in some areas, and therefore, extended catch up activities were also carried out to reach the intended target.

Following the successful resumption of campaign activities, the Pakistan Polio Eradication programme plans to conduct other large scale national and sub-national campaigns between September and December.