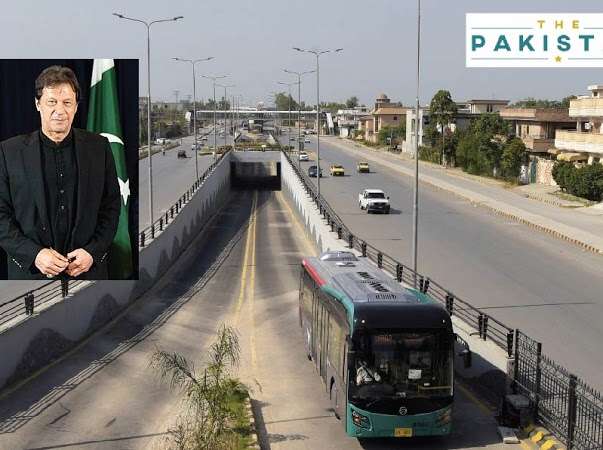 At last, after a delay of more than three years, Prime Minister Imran Khan on Thursday inaugurated the Peshawar Bus Rapid Transit (BRT) for the city’s residents.

“A good transport system benefits everyone, Our aim is to make the lives of common people easier. The cost of Rs10 to 50 is enough and doable by daily wagers. If a daily wager cannot find a job here he can go to another place,” said PM Khan.
“This connects the entire city, will increase per capita income and when you have a good transport system, it changes things.”

The project is estimated to have cost Rs70 billion to the provincial government of Khyber Pakhtunkhwa and was completed after more than three years. The BRT project was launched by the former chief minister KP Pervaiz Khattak, who at the time had vowed to complete the project in six months. The project was meant to show the PML-N government on how to complete projects efficiently and quickly.

However, the provincial government took much more than the estimated time as it had to complete the system. “Today, I want to pay tribute to Pervez Khattak because he always said that you will realise the importance of this project once it is completed. So all I want to say is that Pervez Khattak was right and we turned out to be wrong,” the prime minister said.

“Our programmes should give priority to improving the lives of the common man. Everyone can afford the ticket which ranges from Rs10 to Rs50. When you have a good transport system, it brings change,” the premier added further.

The transit system expands on a 27.5km main track with around 31 stations to pick and drop the users. Meanwhile, the feeder tracks have a length of 67km with more than 146 stops.