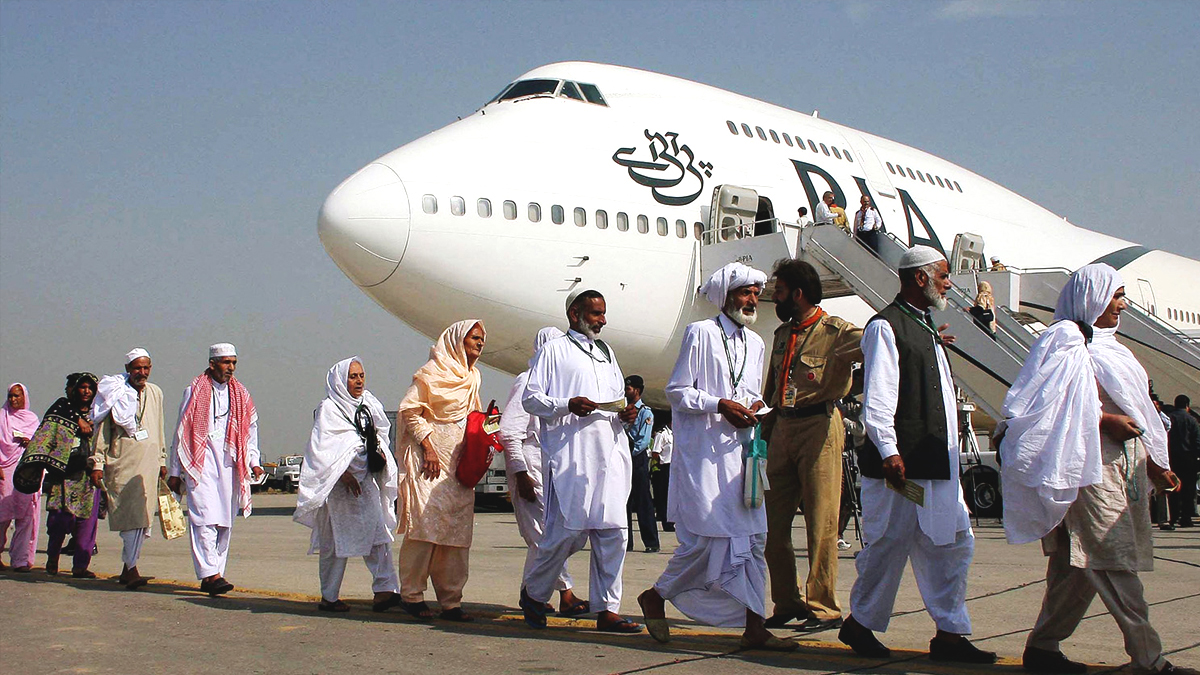 A protest was organized by the stranded pilgrims at the airport, and a PIA official claimed that the event had been caused by the pilgrims’ visa problems.

The official clarified that because the 24 pilgrims lacked their visas, they were not permitted to board the aircraft. According to PIA sources, boarding ended on July 3 at 5 p.m. and they obtained their visas at 7 p.m. on July 4.

Due to severe rain, 14 Saudi citizens were unable to make it to the airport in time for the flight.

Due to Saudi permission time restrictions, the sources continued, the flight was also delayed for two hours as a result of these problems, but it still had to take off.

On Monday, the pilgrims said that they had waited a day to receive their visas and have other matters fixed, but neither PIA nor the Ministry of Religious Affairs had responded to their complaints.

According to additional reports, the government’s approval is required in order to find a solution to the pilgrims’ situation.