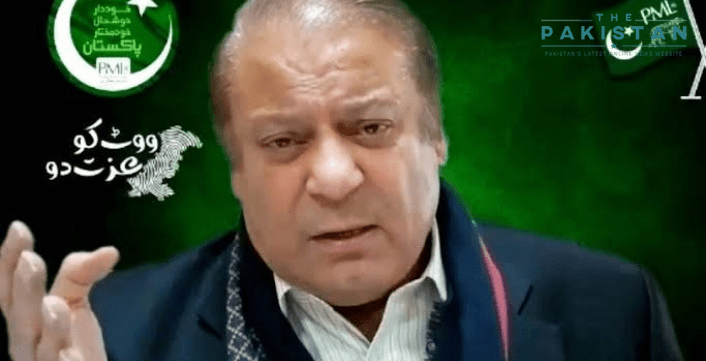 The Pakistan Electronic Media Regulatory Authority has banned the news channels from airing speeches, interviews and public addresses by proclaimed offenders and absconders on national television.

It also banned the airing of reports on matters currently sub judice.

The notice comes after former prime minister Nawaz Sharif began his diatribe against the country’s institutions especially Pakistan Army and the judiciary.

He said that all three institutions have been biased in their accountability process and have targeted opposition parties. Corruption allegations on the PTI leadership have either been ignored or casually overlooked.

Sharif also questioned as to why the CPEC Chairman Bajwa has not been summoned by the NAB or asked to present before a court to answer on how he earned millions from the pizza franchises.

A news platform FactFocus had earlier reported that the CPEC Authority Chairman Asim Saleem Bajwa owns more than 99 companies and had become an overnight millionaire.

The opposition parties, ever since they met at the multi-party conference have come out in the open to criticise the institutions for their biased accountability process and called upon the PTI government to resign.

Meanwhile, Nepra’s ban on the speeches is likely to dent the PMLN’s role in the opposition. Additionally, other PMLN members have also shown their reservations on Sharif’s all-out approach against the country’s top institutions.

Recently, some lawmakers from PMLN’s Punjab chapter reportedly met with Punjab’s Chief Minister Usman Buzdar without the party’s approval. Later, their party membership was suspended by the PMLN.