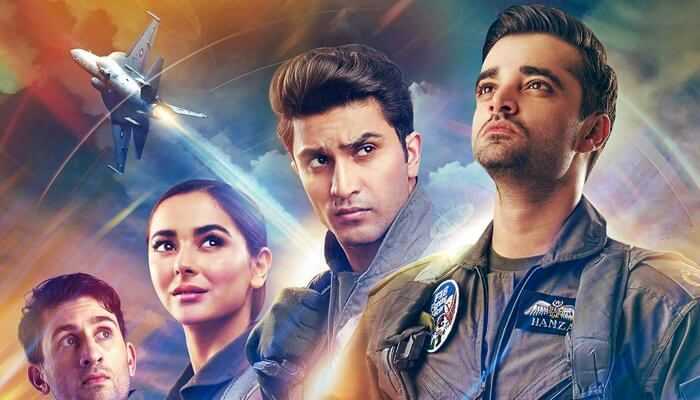 The popular Pakistani film Parwaaz Hai Junoon is slated to be released in China after receiving an immensely successful response in the country.

“Grateful to Allah that I got to be a part of the first Pakistani film to be released in China after 40 yrs. #ParwaazHaiJunoon #PHJinChina #PakistanAirForce,” said the lead actor of the movie Hamza Ali Abbassi.

The Chinese embassy also released a statement in this regard.

Over the years, we have promoted people-to-people exchanges and continued to strengthen the foundation of friendship between the two countries. 2019 is the year of Sino-Pak local cooperation and we have established 16 local-to-local partnerships. We have imported Pakistani films like ‘Parwaaz Hai Junoon’, provided training for Pakistani table tennis teams in China, and invited Pakistani cricket teams to visit China, said the embassy handout.

At present, five universities in Pakistan have established Confucius Institutes, and 58 universities have joined the CPEC University Consortium. Nearly 30,000 Pakistani students are studying in China with more than 7,000 scholarships, the statement from the Chinese Embassy in Pakistan read.

Moreover, China’s CGTN Journalist Shen Shiwei said that the Pakistani air force film “Parwaz hai Junoon” will debut across China on November 13. One of the highlights in the movie is that the JF-17, a fourth-generation fighter jointly developed by China and Pakistan, makes a surprise appearance in the film.

Parwaaz Hai Junoon was released in 2018 and was directed by Haseeb Hassan, produced by Momina Duraid, and written by Farhat Ishtiaq.

Earlier, actor Osman Khalid Butt was also signed to be a part of the movie but had later been unable to do his role because of his commitments for his other movie Balu Mahi. The film was made and released as a tribute to the Pakistan Air Force.