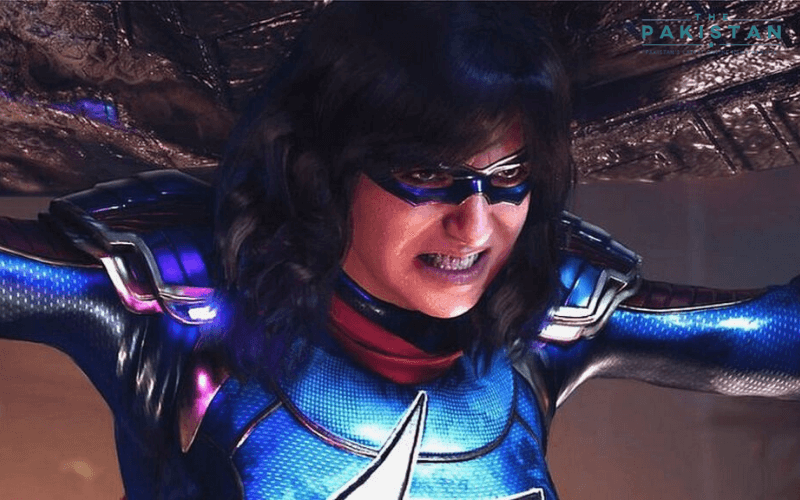 Ms. Marvel, the Muslim superhero in the MC universe will be joining Thor, Captain America and Iron Man in the upcoming gaming series Marvel Avengers.

The Muslim superhero Ms. Marvel aka Kamala Khan is of the Pakistani origin in the comics has shape shifting abilities — also called as “Embiggen”.

The game’s producer Square Enix said that Ms will be a playable character in the game and would be central to the key story. The audiences have appreciated muslim representation in the Marvel Universe.

Ms Marvel’s character was created by Marvel Comics’ editor and director Sana Amanat back in 2014. The character has grown in popularity in the muslim followers of the Marvel Universe.

Muslim representation has increased in the electronic games over the last decade, however, this is the first time that any muslim charcter can be played in a game.

Since its launch in 2014, Ms Marvel comics have been published 11 times in paperback, six times in hardcover editions and three omnibuses. The Ms. Marvel Volume 1 became the best-selling graphic novel in 2014 while reaching at the second spot on The New York Times best-seller list for graphic books.

However, the comic was received very well by critics after the release. “There is nothing not to love about Ms. Marvel #1: every character is well formed and distinct; the story, lovingly crafted; the art, meticulously planned and—at times—downright funny,” Comic Book Resources’ Meagan Damore remarked at the time.

The comic has also had alot of cultural impact of muslim communities in the western countries. President Obama while meeting the creator Sana Amanat, said “Ms. Marvel may be your comic book creation, but I think for a lot of young boys and girls, Sana’s a real superhero.”