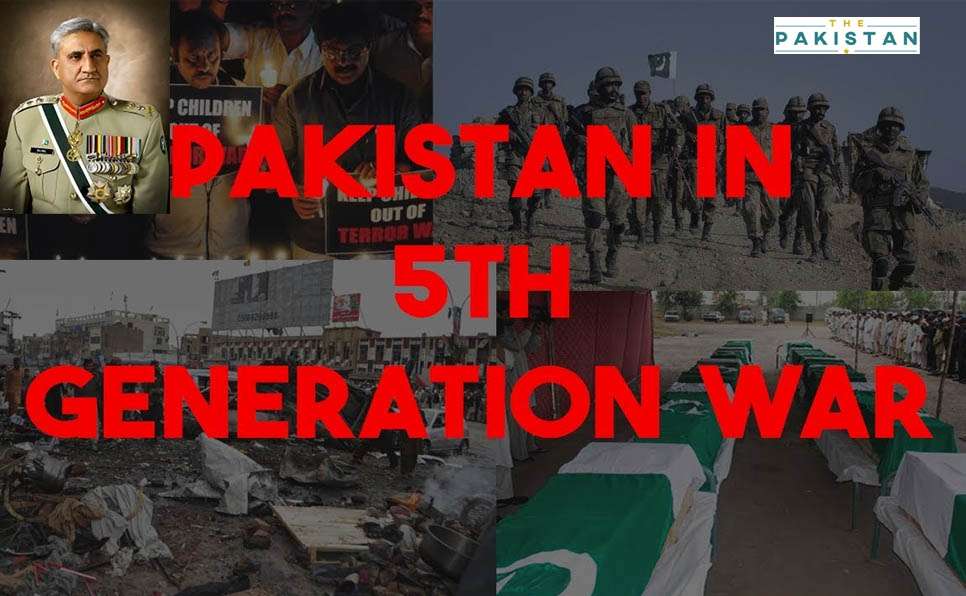 Chief of Army Staff General Qamar Jawed Bajwa said the country with help from its residents will win the fifth generation of hybrid war and will beat the nefarious designs of the country’s enemies.

Bajwa said that “we are facing the challenge that has been imposed on us in the form of the fifth generation or hybrid war. Its purpose is to discredit the country and its armed forces and spread chaos. We are well aware of this danger. We will surely succeed in winning this war with the cooperation of the nation, by the will of Almighty Allah.”

He was speaking at a ceremony held in celebration of the Defence and Martyrs’ Day at the general headquarters on Saturday.

Soldiers and army personnel were awarded for their gallantry and bravery.

The COAS said that: I want to send a message to my nation and the world that Pakistan is a peace-loving country. But if war is imposed on us, we will befittingly respond to every aggression. We are always ready to defeat nefarious intentions of the enemy.

While adding that Pakistan wants peace in the whole world and especially in our region. The country’s key role in peace efforts in Afghanistan is a testament to that, but our neighbour India has, as always, taken an irresponsible stance.

On Kashmir, the COAS said the region was described as the jugular vein of Pakistan by the country’s founder Quaid-e-Azam Muhammad Ali Jinnah. He said that there should be no doubts about the integrity of the region in Pakistan. He said the country’s leadership will show no sign of weakness in this regard.

In addition, he said the country’s armed forces stand ready to defend the country and will answer any untoward incident with full might and equal measure.