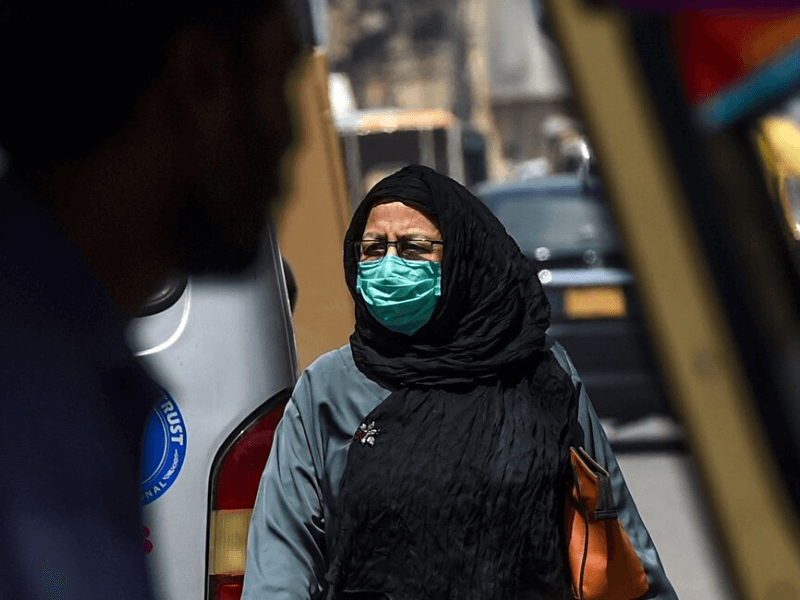 Though about 1,000 cases and over 20 deaths have been registered daily in the country over the past five days, Pakistan has been ranked 29th in terms of most number of covid-19 death cases and ranked 24th in most cases in the global ranking.

Moreover in Asia, Pakistan has been ranked sixth in most cases, and eighth in most deaths.

Statistics from the Ministry of National Health Services website suggest that the countries where the majority of deaths were registered are the following: the US with around 70,000 deaths, Italy more than 29,000, the UK more than 25,000, and India with more than 1,500 deaths.

Microbiologist Prof. Dr. Javed Usman said that at 56 degrees Celsius the virus can be killed but this temperature could not be reached in the human body as human cells were killed at more than 42 degrees Celsius. In addition, temperature inside body has typically stayed at 30s Celsius, he said.

“But it is a fact that the virus’ activity in the subcontinent is not as violent as it is in the USA and Italy. Since the virus is made of RNA (ribonucleic acid) it appears to modify or mutate itself 100 times more. This is why inventing RNA virus vaccines such as HIV and hepatitis C viruses is most difficult, “he said.

Nonetheless, an expert working at the NIH, asking not to be quoted, differed with the view that after May 30 the virus would be regulated in Pakistan.

“While it is claimed that the first phase of the spread of the virus has been completed in Pakistan, I believe that the escalation of the first wave has just started, as a result of which we are getting about 1,000 cases and more than 20 deaths per day. It indicates the month of May is going to be troublesome, “he said.

“The state, on the other hand, would loosen restrictions on public movement and our masses are not responsible. It would further increase the health sector’s problems which could collapse, “he worried.

Pakistan to get $350m from ADB, World Bank for anti-locust operation