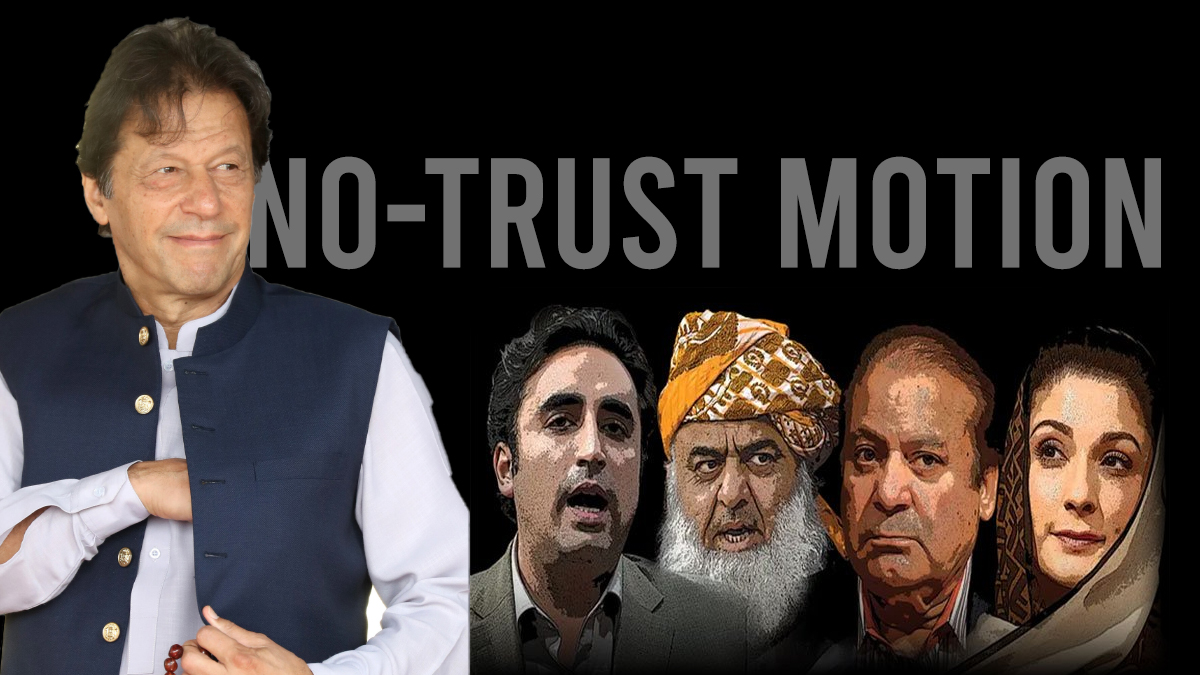 The National Assembly’s session is set to start today as the Opposition is thinking to table the no-confidence motion against PM Imran Khan. The session resumes after a two-day break that was announced on Friday.

PML-N President and leader of the Opposition in the National Assembly Shahbaz Sharif would table the no-confidence motion against Imran Khan.

The last NA session wrapped up almost immediately after it began with the recitation of the Holy Quran. Speaker Asad Qaiser was in the chair. Instead of deliberation on the no-trust motion against PM Khan, Qaiser had called the session off.

The proceedings on Friday (March 25) were adjourned after a prayer for PTI’s deceased MNA Khayal Zaman.

In today’s session, the resolution is the next item on the agenda in 27-point order of the day released by the Assembly Secretariat.

“This House thinks that the Prime Minister of Pakistan has lost the confidence of the members of the National Assembly, therefore, Imran Khan should cease to hold office,” the resolution said. It had the signatures of 152 opposition members.

Sources said that Asad Qaiser would allow voting on the resolution on April 4 if it was moved.

Moreover, the order of the day also included the introduction of a bill for South Punjab province.

Foreign Minister Shah Mahmood Qureshi would introduce the bill to amend the Constitution of the Islamic Republic of Pakistan in this regard.

Meanwhile, the Adviser to the Prime Minister on Parliamentary Affairs would introduce a Bill to amend the Elections Act, 2017.

The Opposition had requisitioned the Assembly along with a notice of no-confidence resolution submitted in the Assembly Secretariat on March 08.

Rule 37(4) of Rules of Procedure in the National Assembly says the Speaker may allow some time for discussion on the motion.