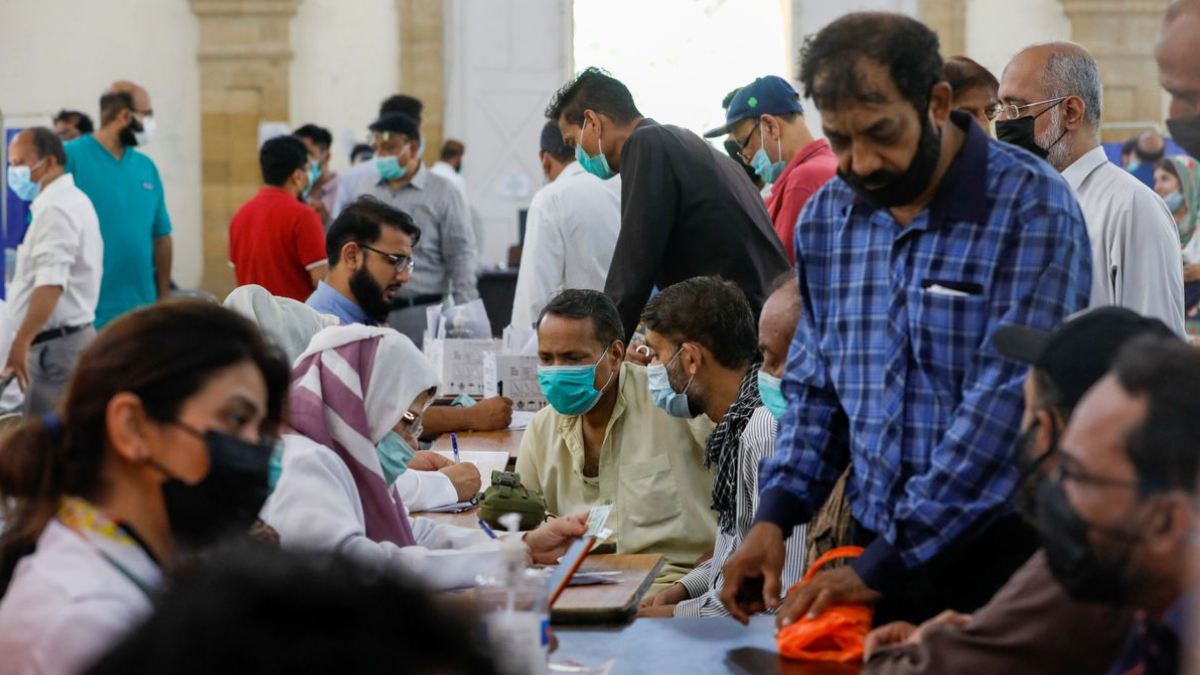 Planning Minister Asad Umar has warned of another COVID-19 wave in Pakistan.

Umar’s warning comes as cases of the new variant, Omicron, are rising — specifically in Karachi.

Data from the National Command and Operations Center (NCOC) showed that the positivity rate had reached 1.3pc on Sunday (January 2). It was 1.08pc on December 31.

With the positivity rate on the rise, the special assistant to the prime minister on health confirmed Sunday that a total of 372 infections of the Omicron variant had been recorded so far. Dr Faisal Sultan said that most of the cases had been reported in Lahore, Karachi, and Islamabad.

Sultan said that the Omicron was present in most countries and formed an ever-increasing proportion amongst the confirmed cases.

It is pertinent to state that on November 26, the World Health Organisation (WHO) designated the new variant as a “concerning variant”. Later, in a press briefing, the director-general of the WHO said that the Omicron was spreading at a rate not seen with any previous variant.

Separately, a new international survey of 34 countries showed that life for about 38pc of Pakistanis had already returned to normal, in contrast to a global average of 15pc.

Moreover, 28pc Pakistanis were of the opinion that the pandemic had come to an end, compared with 9pc of people in other countries.

It has been a month since the Omicron variant was identified. It has become the most dominant coronavirus variant in circulation in the United States. As per a tally by the New York Times, the Omicron has already spread to 110 countries across the globe.

In the last few days, Pakistan has seen a gradual uptick in the COVID-19 caseload, as on Sunday, it saw 708 new cases, the highest in the previous two months. Yesterday, during a press conference, Asad Umar warned of “evident signs of a new wave” surging in the country.