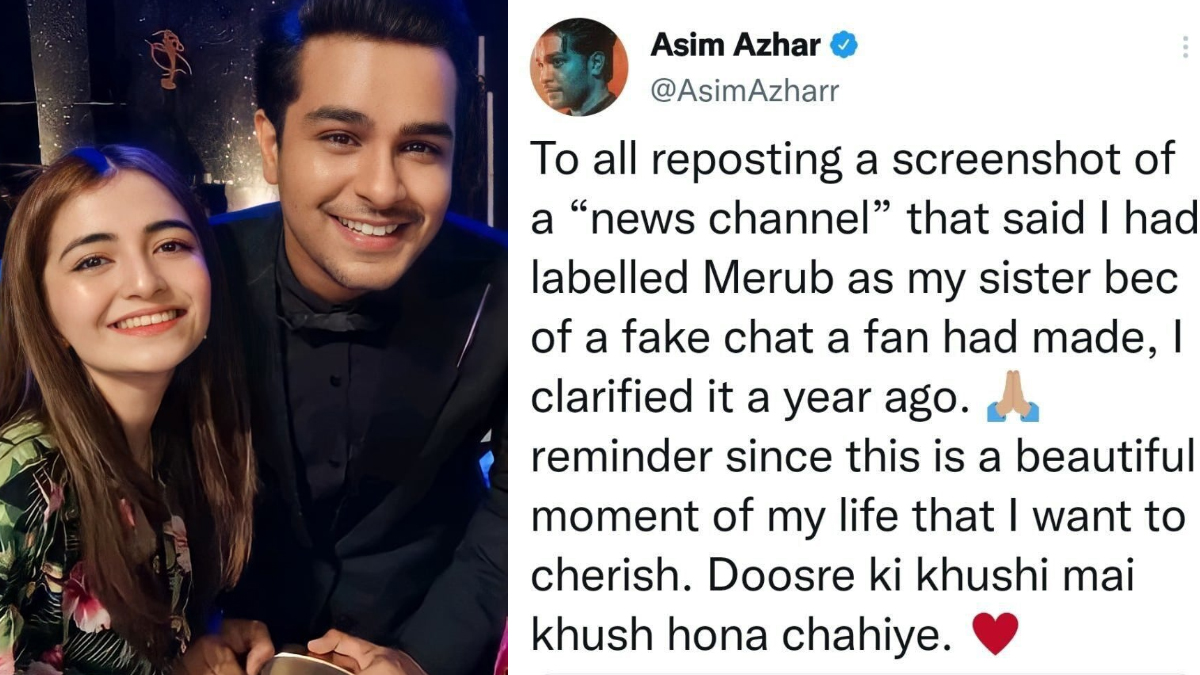 Asim Azhar and Merub Ali announced their engagement on Sunday. The couple took to their official social media handles to upload twin posts to notify their fans of the life update. In an adorable photo, the duo could be seen smiling.

“With the grace of Allah and our parent’s prayers, we announce our engagement. Shukar Alhamdulillah. May Allah keep us protected and happy forever, Aameen. Remember us in your prayers.”

Congratulations were in order for the singer as he announced the major turn in his life.

Asim and Merub have known each other for a long time due to being family friends. The rumour had been fueling quite some time now regarding their relationship status. Asim took to Twitter to clarify that he never labelled Merub as his “sister.”

“To all reposting a fake screenshot of a ‘news channel’ that says that I labelled Merub as my sister, I clarified it a year ago that I never did so. This is a beautiful moment of my life that I wish to cherish. You guys should be happy for others.”

The clarification from Azhar came soon after the Kabhi Mai Kabhi Tum singer got engaged to the Sinf-e-Aahan actor on March 20th.

In another tweet, the singer talked about how ‘disgusting’ the narrative was.

“Clarification was necessary because the narrative was disgusting.”

His fiance, Merub, also took to Instagram to ask people to stop posting fake news regarding the couple’s engagement.