Nawaz-Bilawal huddle: What points were discussed? 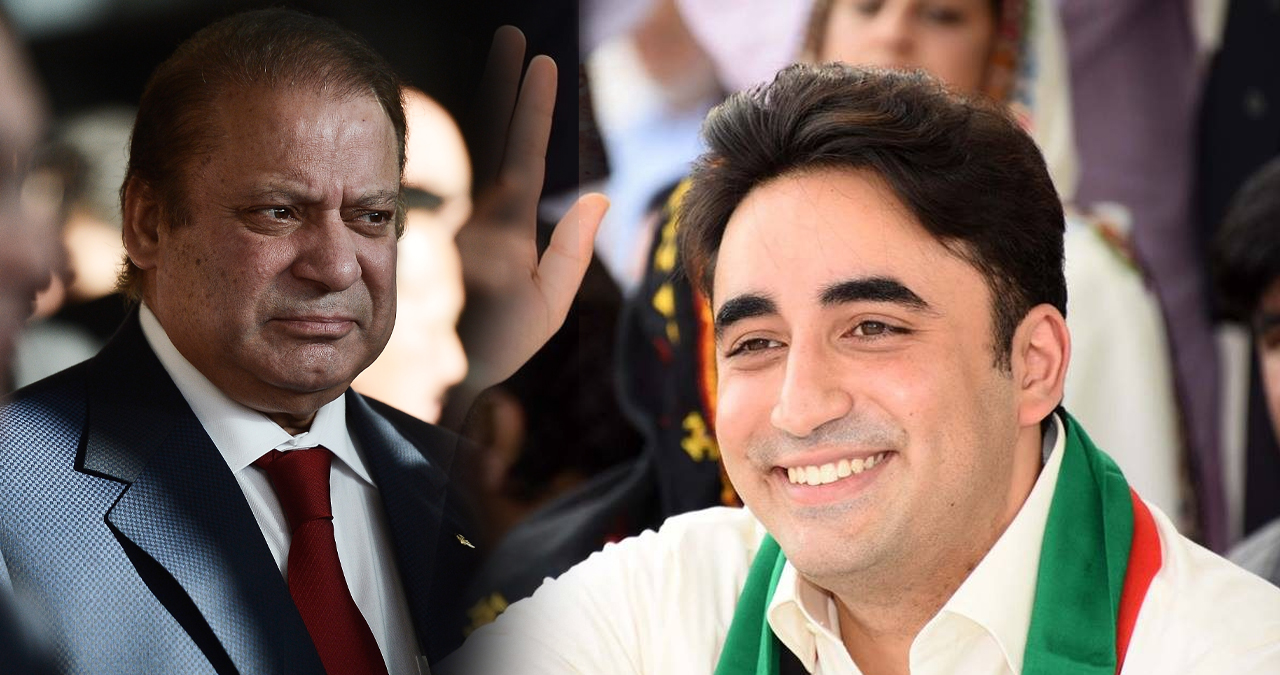 Details of PPP Chairman Bilawal Bhutto-Zardari meeting PML-N supremo Nawaz Sharif are out. Sources privy to the matter said Bilawal didn’t ask for the positions of Senate chairman or governor Punjab during his three-hour-long meeting with the former prime minister.

Sources confirmed that Bilawal and Nawaz didn’t discuss anything about the posts of Senate, governor Punjab or presidency.

The three-hour-long meeting between the two was held in two parts. In the first part, Nawaz and Bilawal held a one-on-one meeting, while in the second half, senior leaders of both parties also joined.

According to details shared by credible sources, the PPP chairman did not put forth any demand before Sharif.

Bilawal told Nawaz that he was calling him to ponder the possibility and the need of working together in the future for a strong and vibrant democracy.

Sources close to Bilawal said that the purpose of the meeting was to congratulate the PML-N supremo and outline steps for strengthening democracy. They said Bilawal’s London trip was aimed at upholding the Constitution and he wanted to convey this message by holding a meeting with Nawaz.

Sources from both sides said Nawaz and Bilawal agreed that misgivings of the past should be forgotten. Both sides agreed to do politics against each other but stand together for democracy, free media, human rights, non-interference in politics by any institution, and supremacy of the Constitution.

They further said that Bilawal neither brought any agenda nor did he compile one in the huddle. However, both the leaders agreed on tackling Pakistan’s major challenges by keeping aside all political differences.

Bilawal and Nawaz agreed to stay in direct contact and to form a joint committee to deal with the disputed issues.