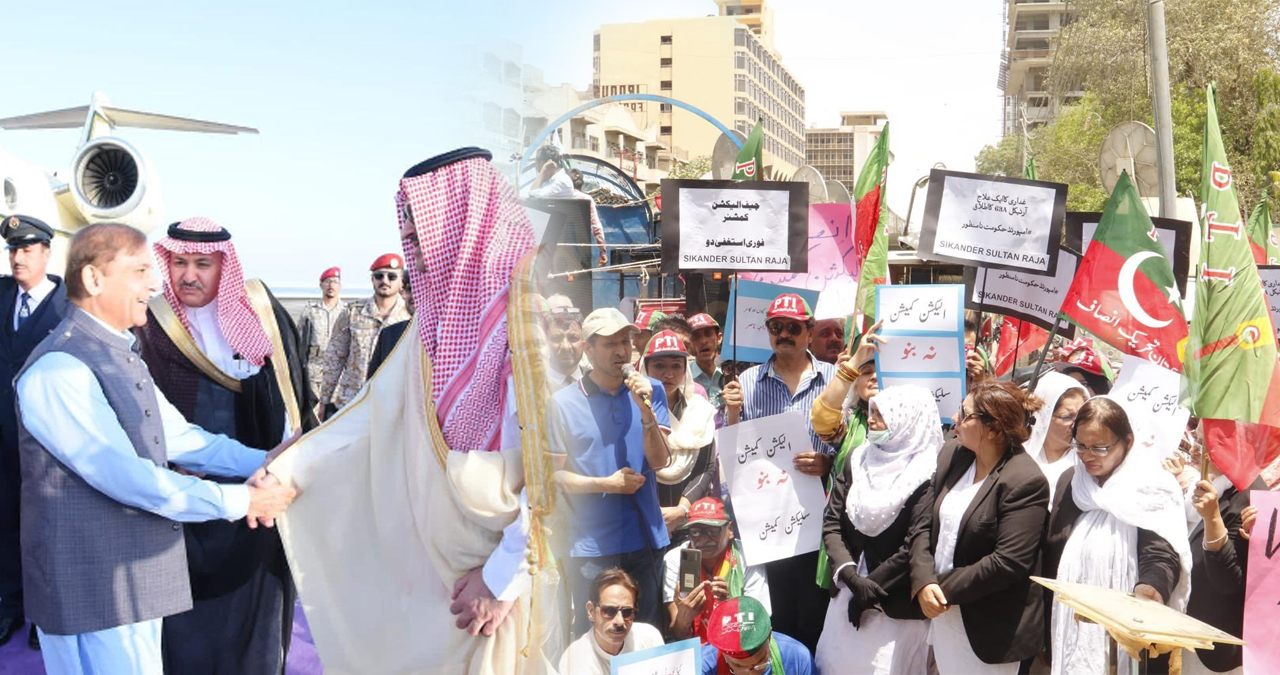 Prime Minister Shehbaz Sharif and his cabinet ministers on Friday were stuck in Masjid-e-Nabawi (PBUH) in the holy city of Madina. Some people, apparently PTI supporters, gathered around them, chanting slogans of “thieves” and “beggars.” One of the images captured on the scene showed the premier sitting in a vehicle — visibly perturbed over the incident.

In a spree of videos doing the rounds on social media, the miscreants were specifically targeting Narcotics Minister Nawab Shahzain Bugti, terming him “shameless” and a “lota”. In fact, one of the protesters even grabbed him by his hair. Bugti ran after that person but to no avail.

In another video, Shahzain Bugti can be seen being taken away by his security personnel in a bid to give him a safe passage. However, the miscreants continued running and shouting slogans against him.

The second person to face the enraged lot was Information Minister Marriyum Aurangzeb.

One of the miscreants can be heard shouting obscenities at her.

The premier arrived in the city of Madina on a three-day official visit with his party members and parliamentarians.

Speaking to journalists after the incident, the information minister said it showed the destruction of society.

“I don’t want to name ex-PM Imran Khan in this holy place. There should be no political talk here,” she said.

Marriyum said a large segment of the society had fallen victim to this kind of attitude. “Things would change for the better,” she added.

“Our activists are also here. We have strictly told them to refrain from hooliganism.”

Interior Minister Rana Sanaullah said Imran Niazi had not even spared the Roza-e-Rasool (the grave of the Holy Prophet Muhammad PBUH).

“A place of love, peace, and safety has been used for politics,” he added.

4 ways to cut down your belly fat

Nawaz-Bilawal huddle: What points were discussed?