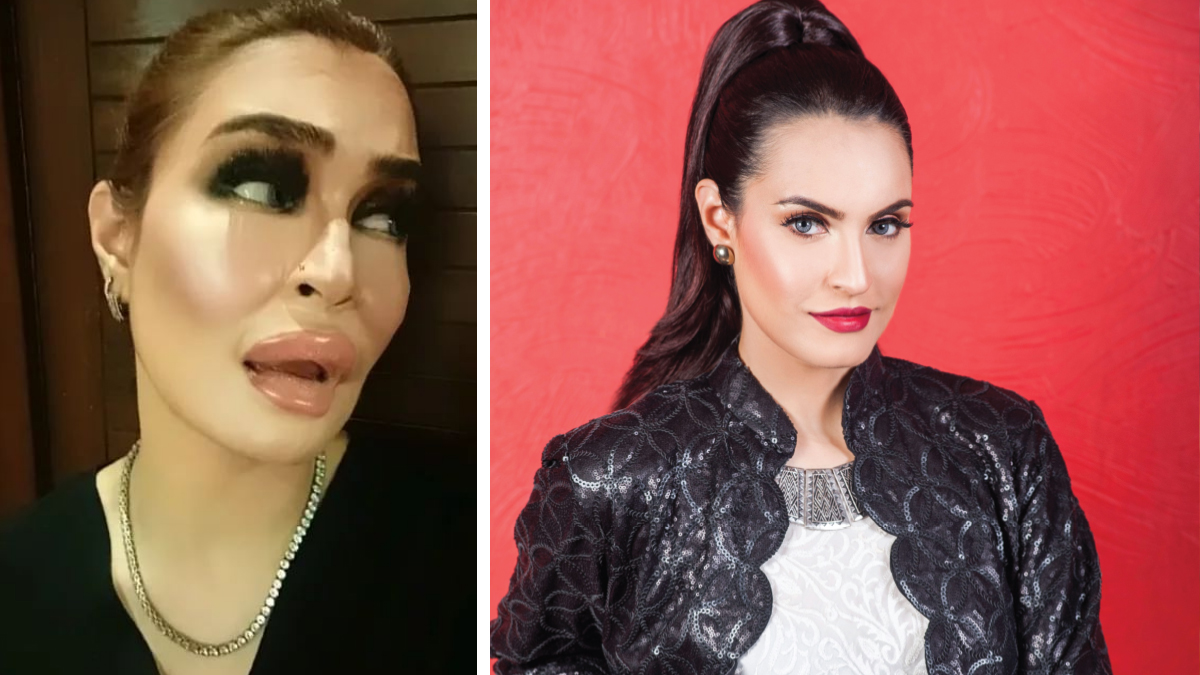 Gorgeous model, entrepreneur, and actress Nadia Hussain knows the art of staying in the news, thanks to her controversies. She is vocal about other celebrities, her fans, and various social issues. She consistently earns public backlash after speaking her mind about things that cause her discomfort. Despite being a social media buff, Hussain has her own business and has also appeared in many television dramas. It must be remembered that fans love her active and vibrant presence.

The model has a thing for cosmetic procedures and surgeries. However, her love is confined to an extent where it doesn’t look pathetic. Lately, the actor’s take on lip fillers got a mixed public response when she posted her video about fillers. Hussain was using the horrific filter in which she spoke about botox and surgeries. The video was sarcastic in nature. Have a look at the video:

Many fans said Nadia was like this in real life. A girl wrote that Hussain was looking like stylist Nabila. On the contrary, many fans loved her and laughed at her video.