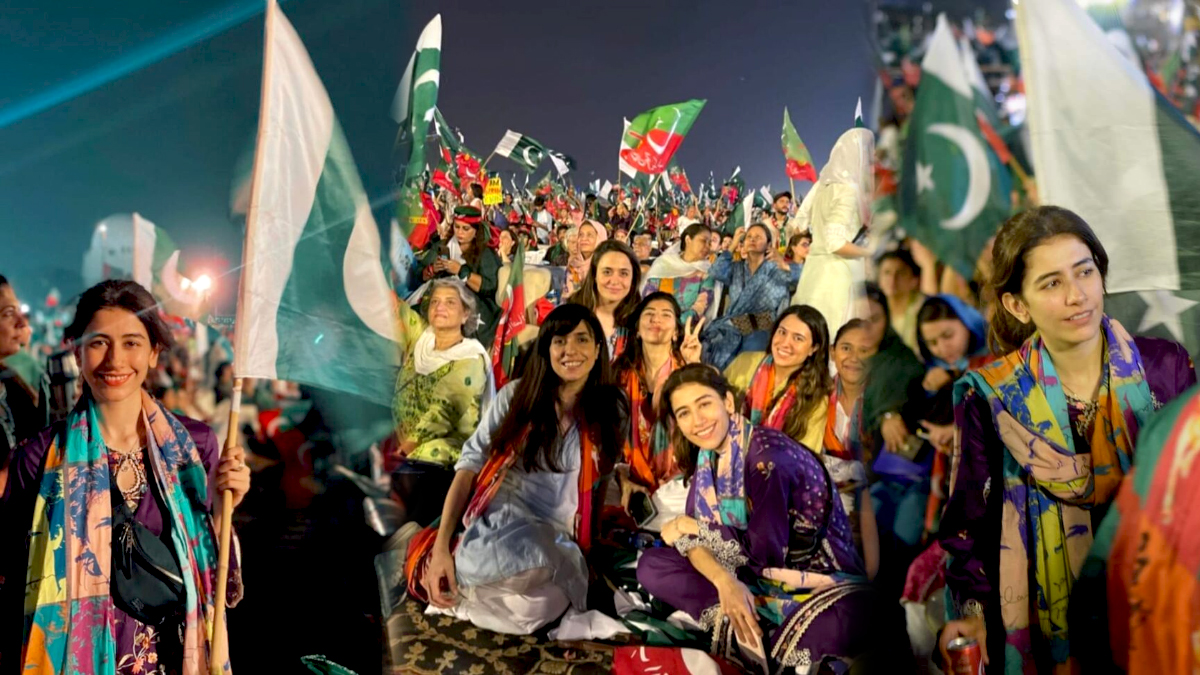 The video of actor Syra Yousuf and her sister Palwasha Yousuf singing the national song Jazba-e-Junoon in PTI’s rally in Karachi is viral.

The video sees them singing the song at former Prime Minister Imran Khan’s rally with great energy and enthusiasm.

The clip got terrific responses from netizens.

The video has amassed millions of views with thousands of shares and likes.

“I am a fan of her acting in Sinf-e-Aahan,” a netizen wrote, while another termed her a great human being.

It is pertinent to state that celebrities Feroze Khan and Haroon Shahid also came to take part in PTI’s rally in Karachi.

It is pertinent to state that Yousuf plays Arzoo Daniel in the ongoing superhit serial Sinf-e-Aahan. It also stars Yumna Zaidi, Kubra Khan, Sajal Aly, Ramsha Khan, and others.

The drama is about six courageous women and their devotion to becoming a part of the Pakistan Army.

Yousuf married Shehroze Sabzwari back in 2012. The two were blessed with daughter Nooreh Shehroz a couple of years later. The couple was separated in 2019 and publicised their divorce two years ago.