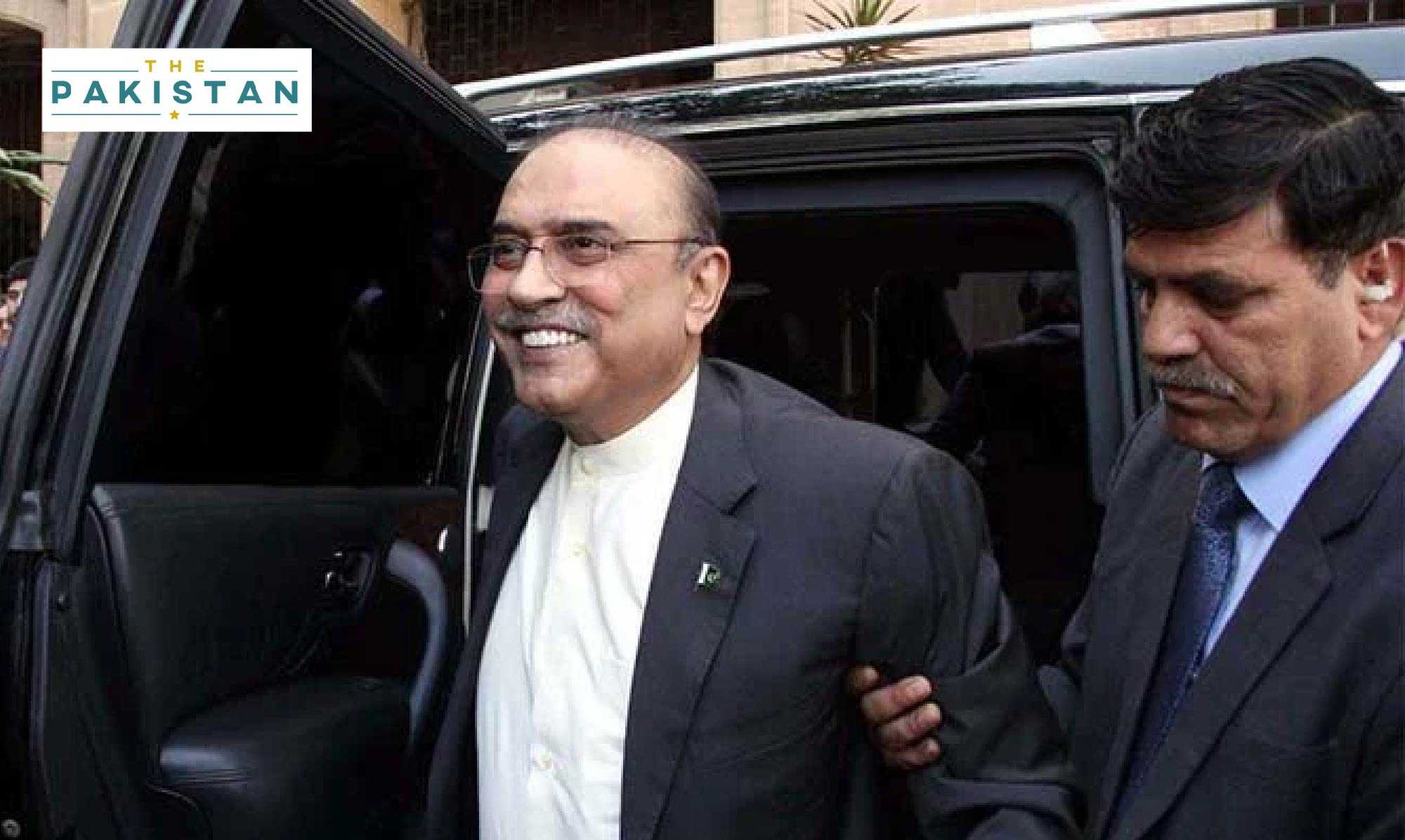 The National Accountability Bureau has issued arrest warrants against former president Asif Ali Zardari in the fake accounts scam. The decision comes in the case regarding an allegedly suspicious transaction worth Rs8 billion through the fake accounts.

The arrest warrant was signed by the NAB Chairman Justice (Retd) Javed Iqbal in Islamabad. Justice Iqbal in the judgement pointed out that Zardari is wanted in the case pertaining to transactions through fake accounts.

It added that the former president had purchased a house through the Rs8 billion sum. Meanwhile, NAB said that it will request the Islamabad High Court to reject his bail.

The PPP leader through his legal counsel has applied for bail with the Islamabad High Court. A two-member bench headed by Justice Aamer Farooq will hear Zardari’s plea today and take a decision after hearing Asif Zardari’s counsel and the NAB arguments.

The NAB has been hearing and investigating cases against the former president and his sister Faryal Talpur in various references ranging from corruption to fake accounts and Toshakhana references.

Even though the investigation agencies have found numerous records and trials implicating Zardari, the courts have repeatedly granted the former president bail at times due to his health and at other times due to some other reasons.

Zardari isn’t alone in facing these trials, other opposition leaders including Maryam Nawaz, Shahbaz Sharif, and former prime minister Nawaz Sharif are also facing a large number of references against themselves.

The PTI government had campaigned on ensuring across-the-board accountability of all political parties. After being elected into office, PM Khan has doubled down on ensuring those involved in corruption are not let off the hook.

However, the lack of accountability within his own political party has questioned the entire process and put the judiciary under the spotlight.

Unmistakable signs of rise of coronavirus in Pakistan: Asad