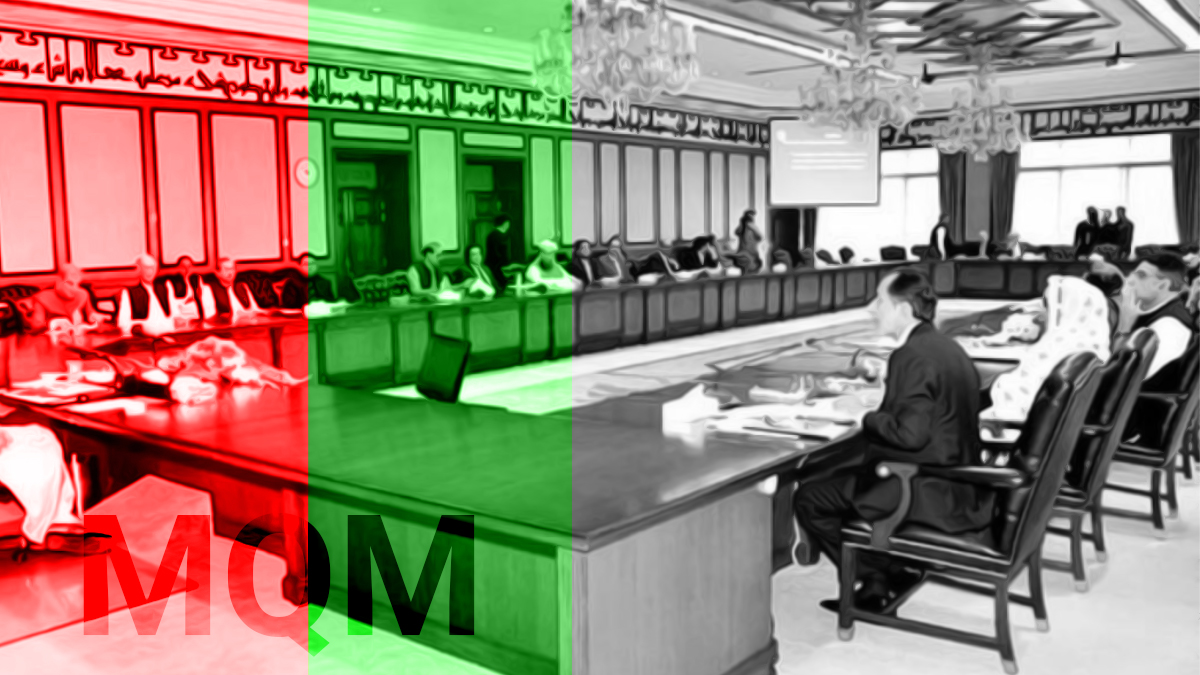 The MQM-Pakistan has decided against joining the federal cabinet.

The party has decided on extending support to the broad-based Shehbaz Sharif government from the outside.

According to media reports, the decision has been conveyed to the newly-elected prime minister. Dr Khalid Maqbool Siddiqui said that his party had detailed discussions with the leaders of the coalition government regarding the formation of the government. Siddiqui said the MQM-P was more interested in the implementation of the commitments made by the coalition leaders for the well-being of Karachi and the Sindh province.

“The commitments made are very significant and need to be fulfilled,” he added. Siddiqui refrained from commenting on former Karachi mayor Wasim Akhtar’s observations, where he took a dig at the maiden speech of PM Shehbaz Sharif in the Assembly over not mentioning commitments with the MQM-P.

It is pertinent to state that the MQM-P had two slots in the cabinet in the ousted government of the Pakistan Tehreek-e-Insaf (PTI). Syed Aminul Haque was the IT minister in Imran Khan’s government, while Senator Farogh Nasim was the law minister. The two were representing the MQM-P in the government. Sources privy to the matter said the MQM-P was offered two seats in the federal government in Shehbaz Sharif’s government along with Sindh’s governorship and six slots in the Sindh cabinet. Moreover, the party was also offered municipal charge of three major cities of the province, including Karachi’s mayorship. However, Siddiqui said no decision had been taken about assuming these assignments.

Meanwhile, Prime Minister Shahbaz Sharif arrived Wednesday in Karachi on a maiden visit to the port city after assuming the office.