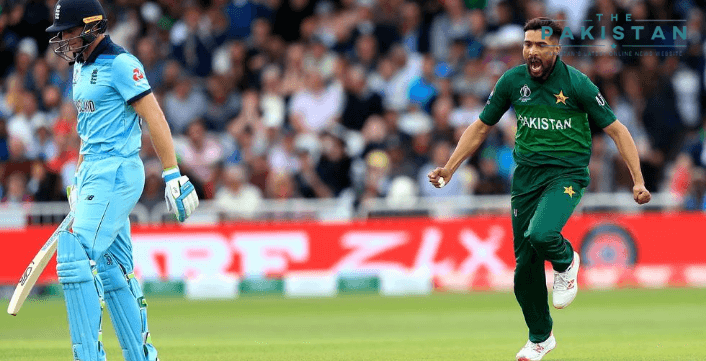 Fast bowler Mohammad Amir on Friday left to join the 31-member Pakistan squad in England after he was called by the Head Coach Misbah ul Haq to play in the T20 series.

Amir had earlier said that he would not become a part of the squad as he was expecting a child during the schedule. However, his wife’s earlier than scheduled birth to a daughter allowed him to represent the side in the upcoming T20 series.

Before his departure, Amir was tested two times for Covid-19 in which he tested negative allowing him to leave for England.

Accompanying the bowler was the Pakistan’s masseur Muhammad Imran, who had earlier tested positive for the coronavirus. However, he was also tested twice and allowed to leave.

As per the revised Covid-19 regulations, Imran is categorised as a low risk after having recovered from the virus and, as such, will be integrated with the national side after one negative test, whereas Amir will remain in self-isolation until he returns two negative tests.

Like Amir, Shoaib will only play for Pakistan in the T20 series which will begin a month from now on August 28.

However, he has still been unable to leave for England as his wife Indian tennis star Sania Mirza has not joined him since the Indian government banned any inward or outward flights from the country.

The ban will expire on August 1, after which she will travel to Dubai.

Malik is expected to leave for England by August 7 as per the initial reports.