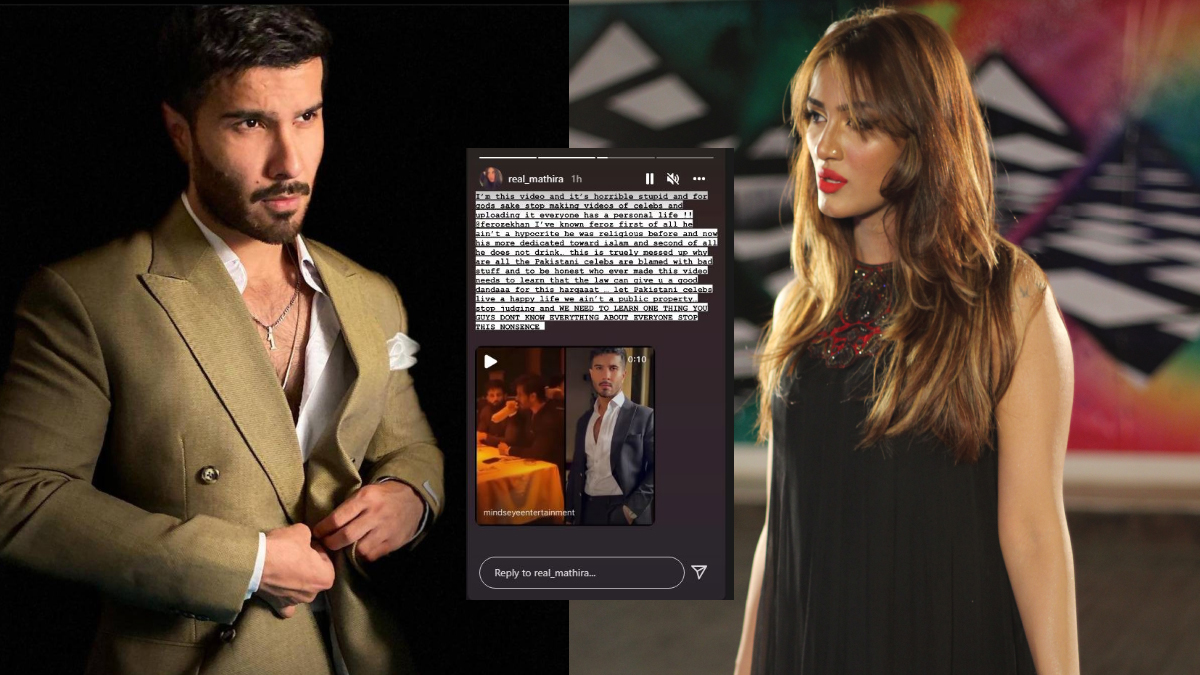 A video of actor Feroze Khan is doing the rounds on social media, wherein the Khaani star can be seen drinking from a covered bottle.

Netizens have been divided ever since the video went viral. Some criticised the star for consuming alcohol, while others believe that the brown cover on the bottle is being used as a stunt to promote a marketing brand.

After the video went crazy viral, actor Mathira took to her Instagram to call out those who made Feroze Khan’s video without his consent. “We need to stop making videos of celebrities. Everyone has a personal life,” she said.

“I have known Feroze. He isn’t a hypocrite. Even though he was religious before, he is more dedicated towards Islam now. He does not drink. We need to know that this is totally messed up.”

The Pakistani-Zimbabwean star further questioned why celebrities are often subjected to criticism for ‘bad stuff’.

The controversial model went on to call out the person who made the video and added, “whoever made this video needs to have some etiquette. If we take him to the court of law, he can have a good punishment for this act. Let Pakistani celebrities lead free and happy lives.”

“We aren’t property of the public. You guys need to know that you can’t assume everything about everyone. We need to stop this nonsense,” she concluded.

It is pertinent to state that Feroze was trolled earlier for his viral smoking pictures. In an interview, he mentioned that his elder brother had scolded him when he was caught smoking for the first time.

But, what was in the bottle wrapped in brown paper? What was Feroze Khan drinking at a party? The actor has come out in his defence and said that it was nothing more than a bottle of an energy drink.