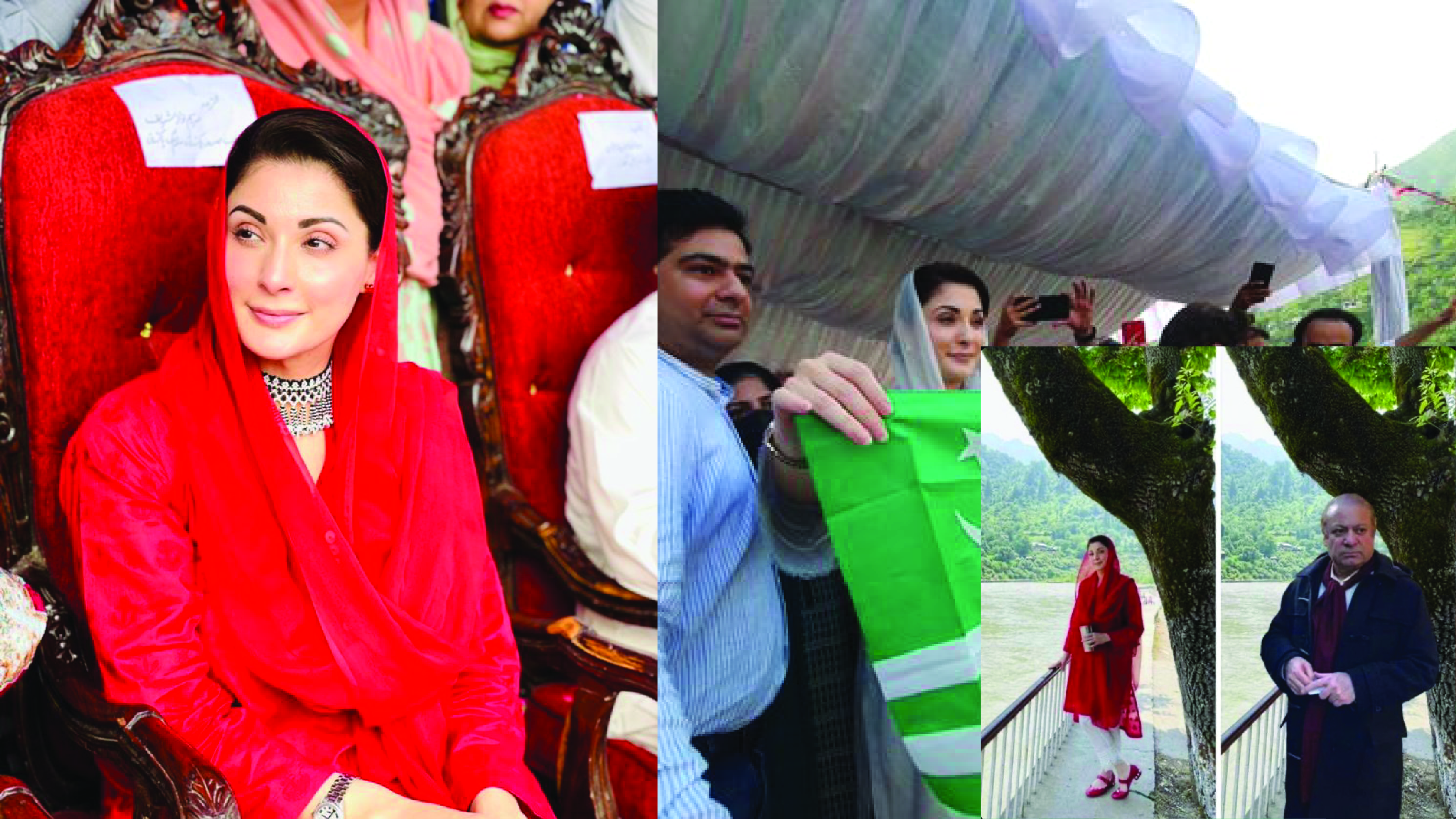 Maryam Nawaz – the vice-president of Pakistan Muslim League-Nawaz (PML-N) – has yet again put herself in an embarrassing situation over an evident gaffe.

That blunder made her political opponents along with the netizens have a field day by trolling the PML-N vice president.

Several users pointed out what appeared to be an obvious Photoshop blunder in one of her tweets.

The story started when the PML-N vice president tweeted two pictures: one of her own standing at the Keran bridge in Neelum Valley, and another of Nawaz Sharif, her father, who appeared to be standing at the same location.

When the picture was uploaded, many users saw that the locations and all the added features were exactly the same. Even the plants in the background didn’t grow an inch.

Netizens caught the blunder, circled it and proved that the image was photoshopped.

When people sifted through Nawaz’s old pictures, they found that his picture was cropped from the one when he was standing outside his residence in London.

She was in a bid to play “Kashmir card”, which went horribly wrong for the PML-N leader within minutes.

Maryam took the tweet down immediately after getting to know the mistake. The Twitter audience of Pakistan was, however, not in a forgiving mood. A screenshot of her tweet was laid forth by the official handle of Pakistan Tehreek-e-Insaf and it has since then been the new meme material for social media users.

Twitter was obviously in no mood to let go of the faux pas.

Moreover, Sharif’s image was photoshopped into various absurd locations which have been a laughing stock for the Pakistani Twitter fraternity.