Little Boy declared as hero after saving own mother from falling 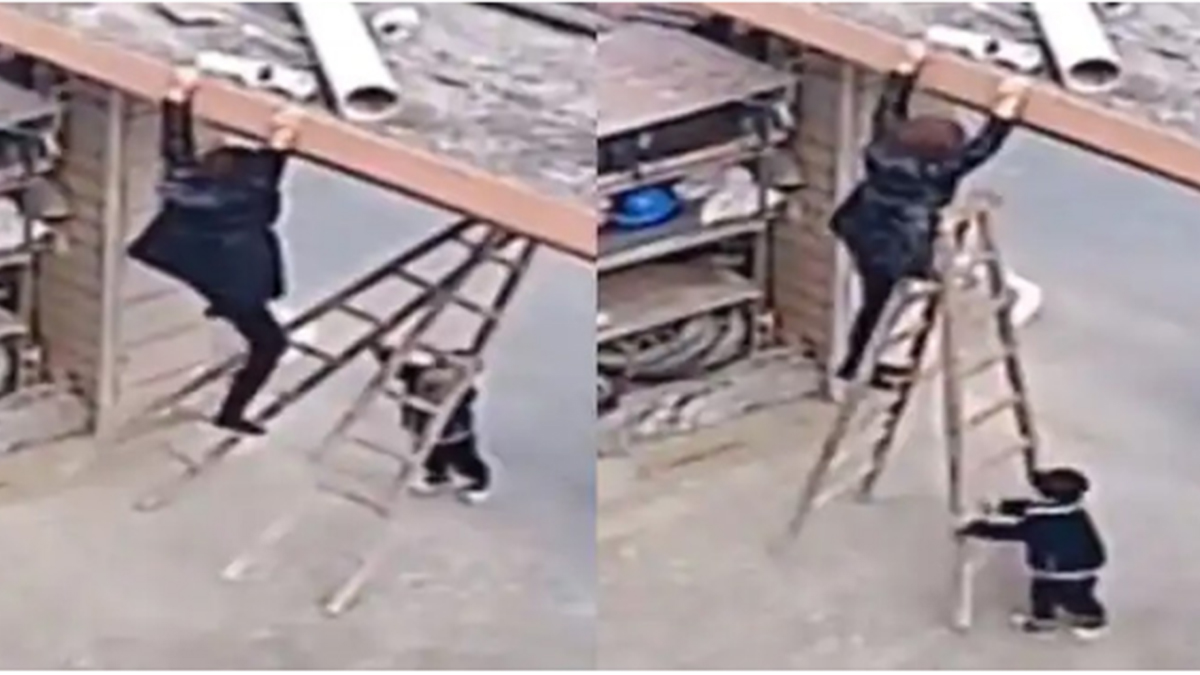 A little boy’s quick reflexes allowed him to bravely prevent his mother from falling from a ladder in a video that went popular on the internet.

It is often stated that children are a priceless and lovely gift from God, and it can certainly be argued that this adorable young guy is one of those priceless blessings.

The video shows a lady ascending a ladder in order to make repairs to a garage door while she is doing so. The woman was left dangling from the garage door as the ladder suddenly gave way, leaving her in a dangerous position.

When the little kid saw his mother hanging hopelessly from the ladder, he immediately raced across the room and began to lift the ladder. Because of his lightning-fast reactions, he was able to position the ladder such that it was close to his mother’s feet.

After then, the woman climbed down the ladder by grabbing hold of it with her feet.