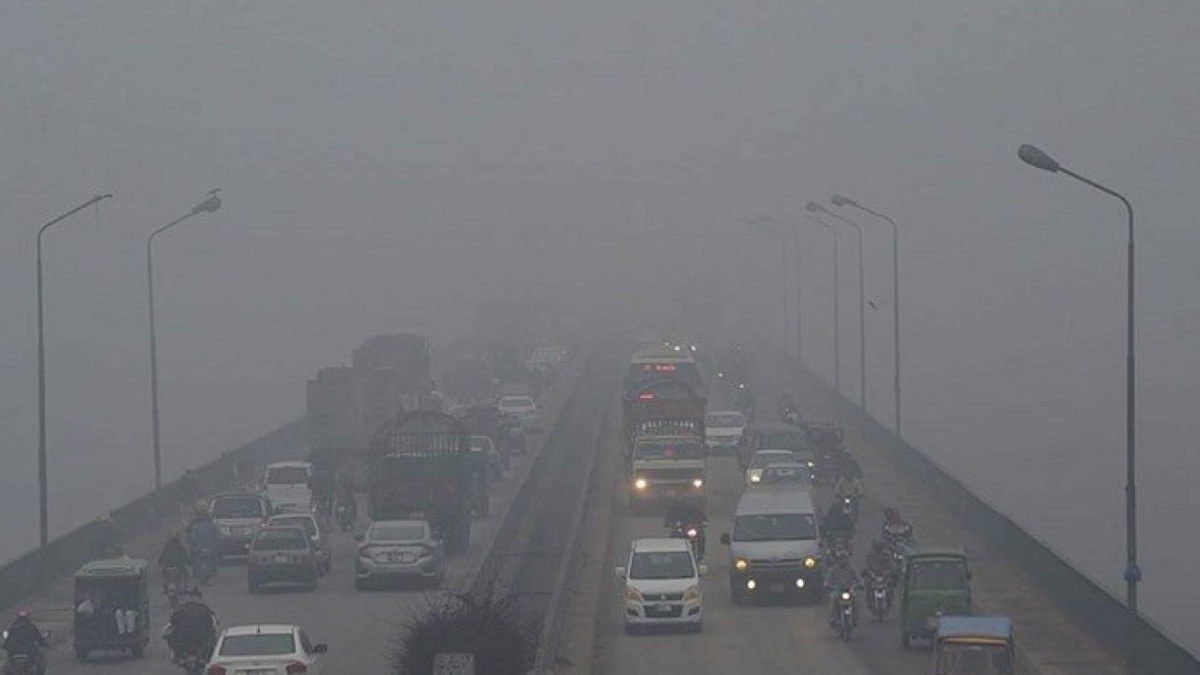 Once again, Lahore has crossed the parameters of the worst hazardous air quality levels.

The average air quality of the provincial capital at the index was measured at 343.

As per air pollution data, the city saw a hazardous particulate matter rating of 418 at Allama Iqbal Town and 427 at Township.

It merits mentioning that AQI as high as 151-200 is considered unhealthy. An AQI rating between 201 to 300 is harmful, and AQI over 300 is said to be highly hazardous.

Experts say that an increase has been witnessed in air pollution in winter.

Moreover, changes in the wind speed, the direction in which it is blowing, and the sliding minimum temperature have led to increased air pollution.

The atmosphere has become heavier in the winter, causing poisonous particles in the air to move downwards – making the atmosphere polluted.

A layer of polluted particles – including large amounts of smoke and carbon – has covered the city as a result.

The district administration has constituted five ‘anti-smog squads’ to overlook pollution levels in the provincial metropolis. They will take action against the contributors to the hazardous air quality index.

On Saturday, Commissioner retired Capt Muhammad Usman laid forth complete orders for the constitution of anti-smog squads while he was presiding over a meeting at his office. Deputy Commissioner Umer Sher Chattha was present on occasion.

Speaking at the meeting, the commissioner said that the anti-smog squads would consist of officials of the environment department, Water and Sanitation Agency (Wasa), Metropolitan Corporation Lahore, police, Lahore Electric Supply Company (Lesco), and the district administration.

The move came after the Punjab Minister for Environment claimed no smog in Punjab for the last two years.

“I wanted to tell people that they do not know how to read air quality monitors,” he had said.

Akcent to spend holidays in Hunza