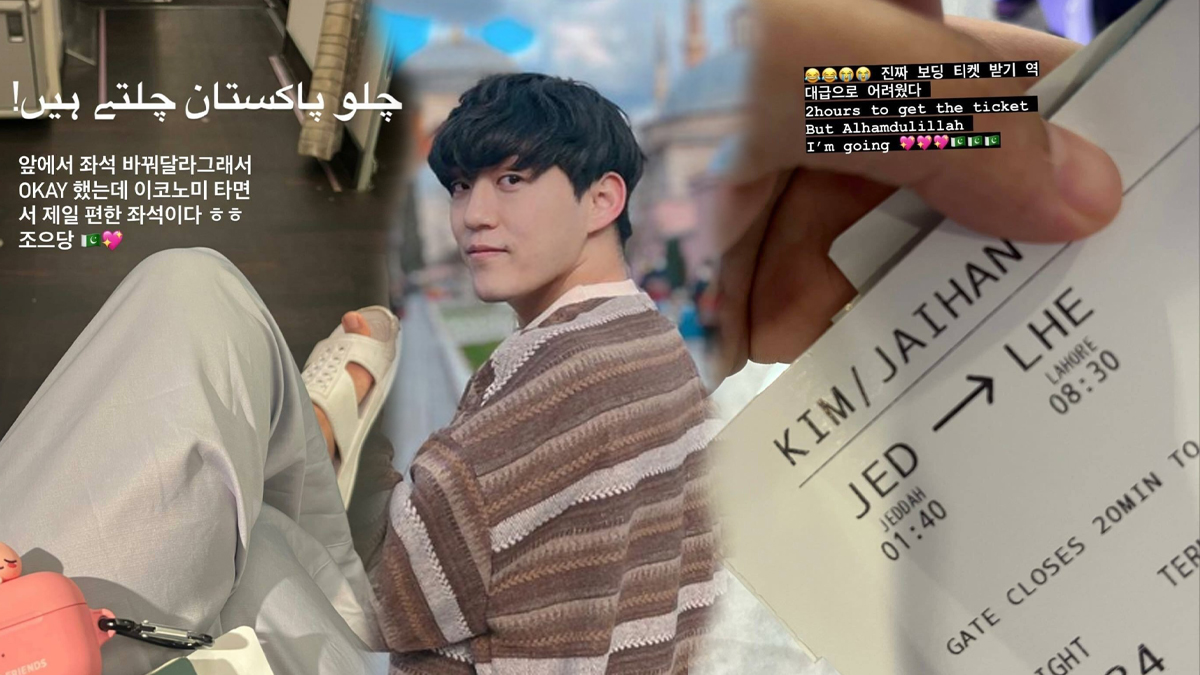 Korean YouTuber Daud Kim has arrived in Pakistan, and we wonder what he’s up to.

He was spotted performing Umrah a few days back.

The vlogger converted to Islam about three years ago. He took to Instagram to detail scenes from the airport in Jeddah. He also showed his ticket to Lahore. “Two hours to get the ticket but Alhamdulillah, I’m going,” he captioned with Pakistan’s flag emoji.

In another story, the YouTuber shared a photo of himself and wrote in Urdu, “Mera intezar karo. Mujhe tumse pyar hai Pakistan [Wait for me, I love you Pakistan]”.

Seated in the plane, Daud Kim also took a photo of his traveling kit that included a Kakao friend, an AirPod case, and a light grey colored thobe with white slippers.

Like any tourist, Kim also shared his pin upon landing, saying he had “finally” arrived in Lahore. In a photo that followed right after, he asked his fans what he must do in the city. “I just came to my friend’s home. I will sleep first and then I’ll make the plan.”

He wrote that he has always loved Pakistan and probed his fans for food recommendations.

It is pertinent to state that Kim embraced Islam in 2019 and changed his name to Daud. He has 3.38 million followers and lives in South Korea. We wonder what’s on his mind and whether he’ll be making vlogs during his trip to Pakistan.