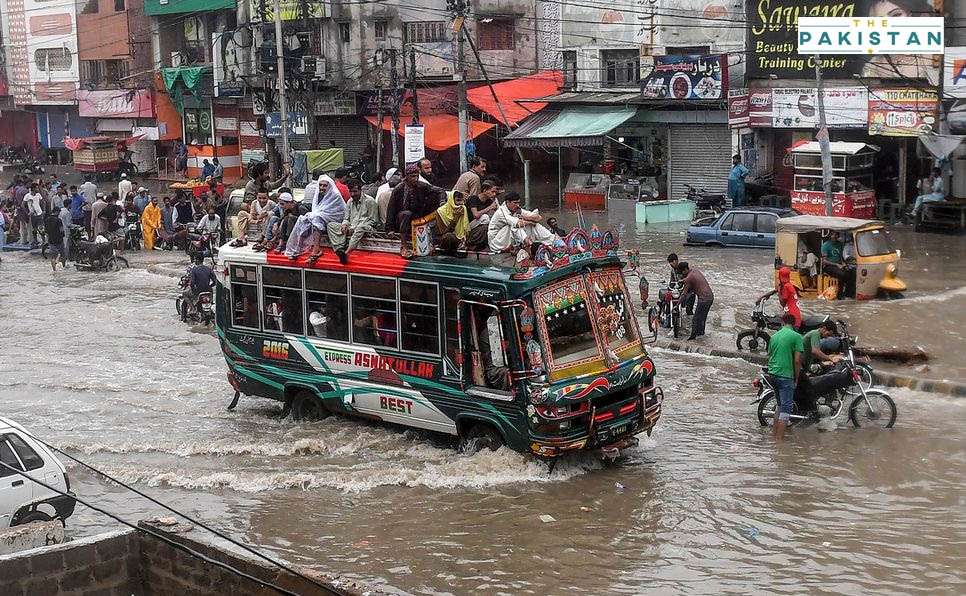 Record-rains have brought the city of Karachi to its knees as federal, provincial and local governments responsible to deal with the situation have miserably failed at containing the situation before and after the floods.

Responding to the crisis, PM Imran Khan had announced a mega plan to help the city’s residents and said a major reconstruction plan is in the works.

“The country’s development is linked to Karachi’s progress,” the premier was quoted as saying.

“[The government] is aware of the challenges that Karachi’s residents have been facing for years. We cannot look away from the difficulties being faced by residents. The Centre will play its role to solve Karachi’s problems and its progress.”

My government is fully cognisant of the suffering of our people in the wake of the heavy rains, especially the people of Karachi, he had said.

Cleaning the nullahs once and for all and dealing with encroachments impeding water channels; devising a permanent solution to the solid waste disposal and sewerage problems; and resolving the critical issue of water supply to the citizens of Karachi, he added.

Karachiites have been showing their displeasure at the provincial and federal governments ever since record rains destroyed the country’s crippling infrastructure.

Meanwhile, the city’s residents were also perturbed over the federal government’s lack of action as Prime Minister Imran Khan was reportedly enjoying a vacation in the northern cities with his family.

Images of the premier enjoying his vacation in the hills in the north were criticised heavily on social media. Users said the federal government’s callous attitude towards its own residents was extremely sad and disappointing.

Meanwhile, PMLN’s Shahbaz Sharif has announced his decision to visit Karachi in the ongoing week and take stock of the situation. He will visit the city and meet those affected by the rains.