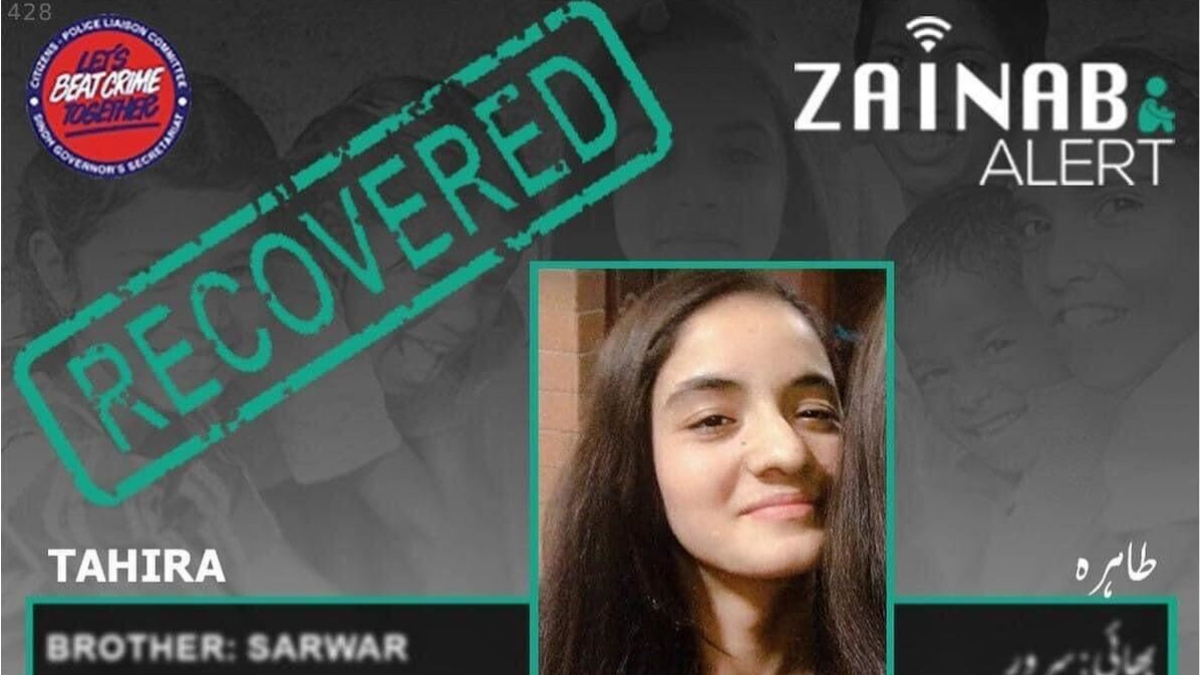 A teenage girl who went missing from Gulzar-e-Hijri, Karachi, seven days ago was recovered from Soldier Bazar on Thursday.

The 14-year-old Tahira used to work as a maid at a household in Gulzar-e-Hijri.

Police took the girl into their custody and started with an investigation into the case.

She told police officials that the owner of the house used to abuse her daily. As a result, Tahira ran away from home.

According to police reports, the 14-year-old took shelter in a house in the Soldier Bazar. A woman named Zulaikha called the police to inform them of her whereabouts.

A first information report (FIR) was registered at the Gulzar-e-Hijri police station. Her disappearance was also reported via ‘Zainab Alert’.

In November, the Supreme Court (SC) declared that the surging number of sexual crimes against children needed to be curbed. As per an NGO, Sahil, in 2020, about 2,960 child abuse cases were reported in Pakistan. In January 2018, the murder of Zainab Ansari, a seven-year-old girl in Kasur, was a great shock to people and caused massive outrage. As an aftermath of the incident, the ‘Zainab Alert, Recovery and Response Act’ was passed by the parliament. The bill said that a missing child must be reported to ‘Zainab Alert’ later than two days after being reported missing. As commendable and crucial as the act is, there is a dire need to ensure that it is followed thoroughly to protect our children.