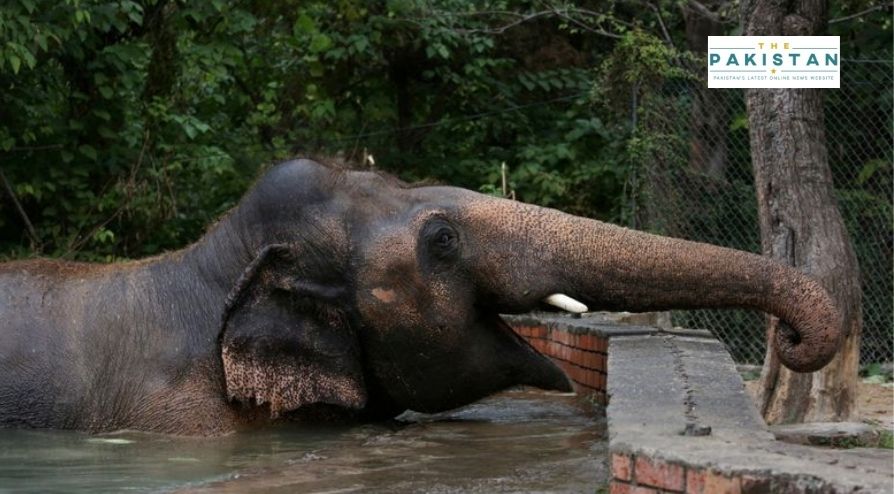 Kaavan, the loneliest elephant in the world, was sedated and boarded on to a special plane from Russia as it was chartered to Cambodia after years of lobbying from various animal rights groups.

Popular American singer Cher was in Pakistan last week to bid adieu to the elephant and thank Prime Minister Imran Khan for his efforts towards animal rights and global warming.

Four Paw, a global animal rights group was busy on Sunday which oversaw the transport of the elephant from the Pakistani zoo to a natural habitat in Cambodia.

The organisation’s veterinarians were on to their jobs early in the day and sedated Kaavan before shifting him into a special cage in which the elephant would be transported to a sanctuary in Cambodia.

It was the first time that an animal from Pakistan was taken abroad for rest and recreation and health recovery. “You can see the large team of vets observing the partially sedated elephant and monitoring his vitals,” spokesperson for Four Paws Hannah Baker told a local news media outlet.

“Kaavan is a lucky guy. There are three female elephants at this fairly new species-appropriate sanctuary and he will be the first male elephant there. He will get acquainted with the grass and plains before being allowed to freely roam in the 25,000-acre sanctuary and forage for himself. And we never know, we might even have baby Kaavans later,” she added.

The 35-year-old Kaavan has been at the heart of campaigning by animal rights activists who have repeatedly called for the lone elephant to be moved. Meanwhile, Cher and her organisation Free the Wild also led the campaign for Kaavan’s freedom. On the other hand, Eric Margolis — journalist and writer — has donated $400,000 to help Four Paws meet travel expenses.