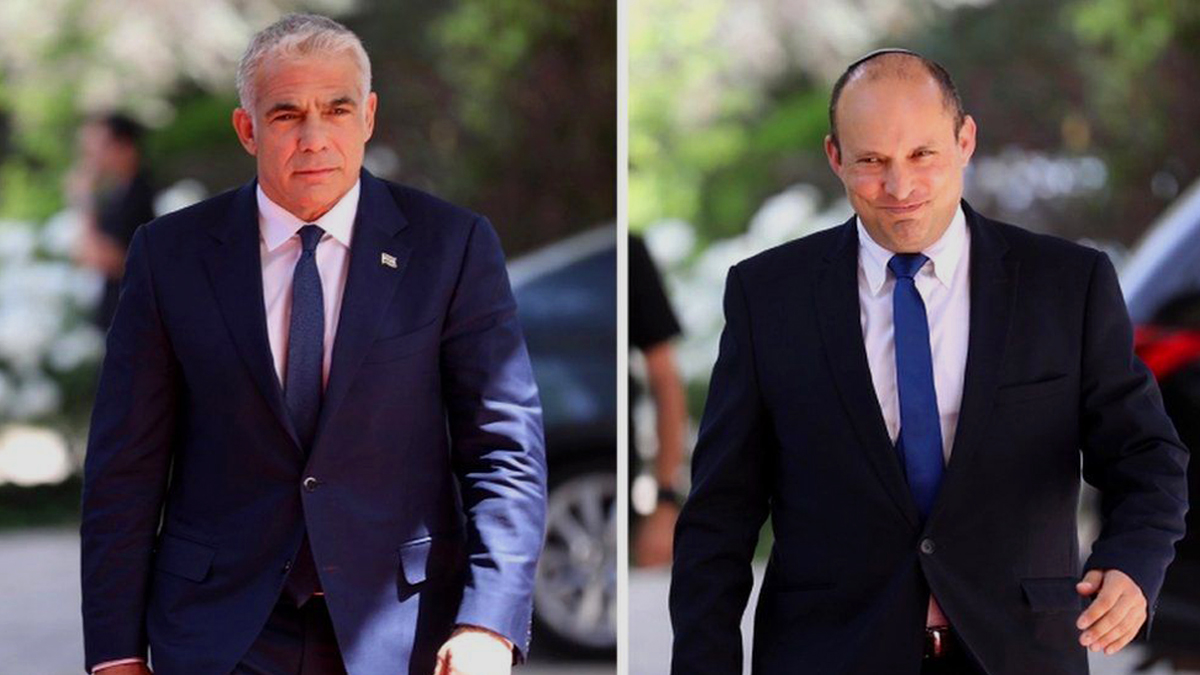 Israeli opposition leader Yair Lapid has inched closer to oust Prime Minister Benjamin Netanyahu as he has officially informed President Reuven Rivlin that he has struck agreements with political allies to make up a new coalition government.

Lapid, leader of the centrist Yesh Atid party, signed an unprecedented deal with the head of the United Arab List, Mansour Abbas, to form the coalition just 35 minutes before midnight (21:00 GMT) deadline on Wednesday.

This deal has paved the way for Benjamin Netanyahu’s exit from 12 years in power.

Under the deal, Lapid will not immediately be named as the Prime Minister. Instead, Naftali Bennet, who has given vital support to the coalition’s success, will be named Israel’s leader for two years of a four-year term.

So as of now, a total of eight parties are a part of the coalition that is set to form a government under the leadership of Yair Lapid and Naftali Bennett, head of the far-right Yamina party.

Lapid informed the Israeli President that he had mustered enough seats in the Knesset to form a government. He had been tasked to form a coalition after PM Netanyahu failed to do so.

He said that he expected the Knesset to convene as soon as possible to elect the government, as required.

Lapid and other party heads met near Tel Aviv on Tuesday afternoon to ponder over the last agreements for what they term as the “government of change”. Initially, there were reports of disagreements over the control of committees and ministries.

Netanyahu and his Likud party desperately attempted to find defectors to scupper the plan as breaking off one or two members from the coalition would have been enough.