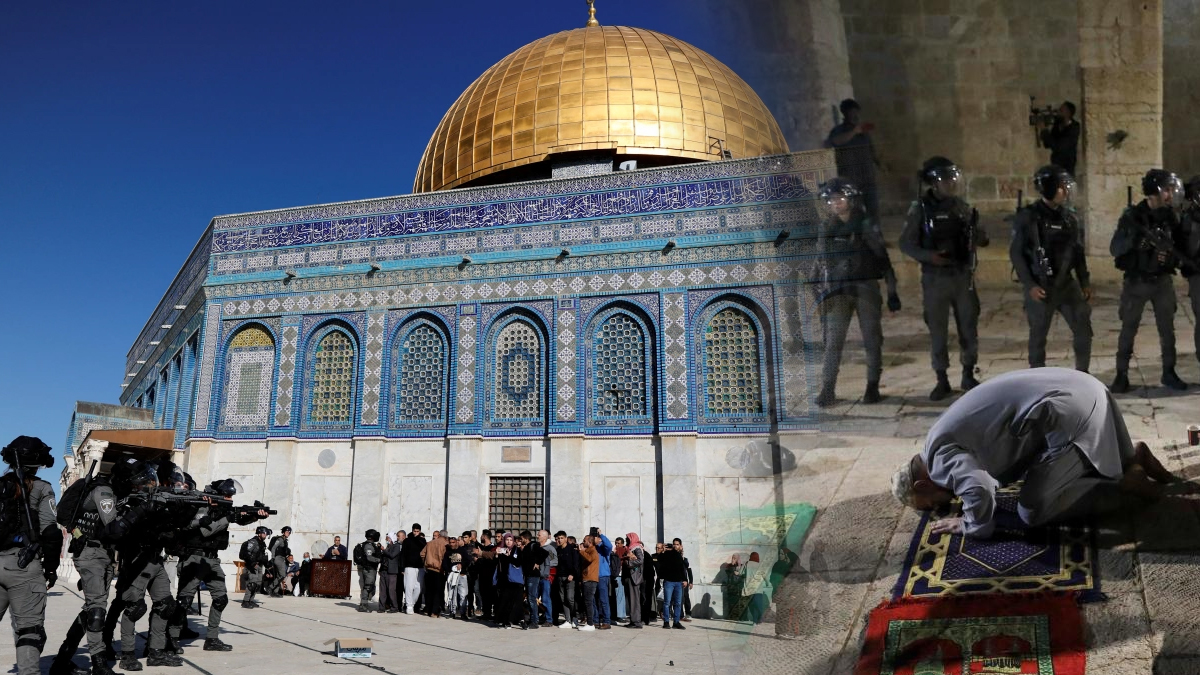 Israeli forces raided the Al-Aqsa Mosque in occupied East Jerusalem on Friday. Medics reported that at least 158 Palestinians were injured in the ensuing violence, and hundreds were held in custody.

The Islamic endowment that manages the site said that the Israeli police entered in force ahead of dawn on Friday while thousands of worshippers were gathered at the holy mosque for their early morning prayers.

Videos viral on digital media platforms showed police firing stun grenades and tear gas and Palestinians throwing rocks. Others showed worshippers hiding inside the mosque amid what seemed as clouds of tear gas.

According to experts, it was the most violent incident at the holy site in nearly a year. It is pertinent to state that Palestinians view any large police deployment at Al-Aqsa as a grave provocation.

The Palestinian Red Crescent (PRC) emergency service said it evacuated the majority of the wounded to hospitals. The endowment said that one of the guards was shot in the eye with a rubber bullet.

The PRC added that the Israeli forces hindered the arrival of paramedics and ambulances to the mosque, as Palestinian media said that dozens of injured worshippers were stuck inside the compound.

Israeli police claimed to have arrested at least 300 Palestinians during the latest escalation. Palestinian sources, on the other hand, put the number at 400. They said three officers were wounded from a “massive stone-pelting.”

Israeli police said they had entered the compound to break up a “violent” crowd at the end of the morning prayers.

They barged in “to push back and disperse” the crowd after a group of Palestinians began throwing stones toward the nearby Jewish prayer space — the Western Wall.

But Palestinian cameraman, who witnessed the raid, said: “The Israeli forces brutally emptied the compound and attacked the mosque staff, elders, normal and young people.”