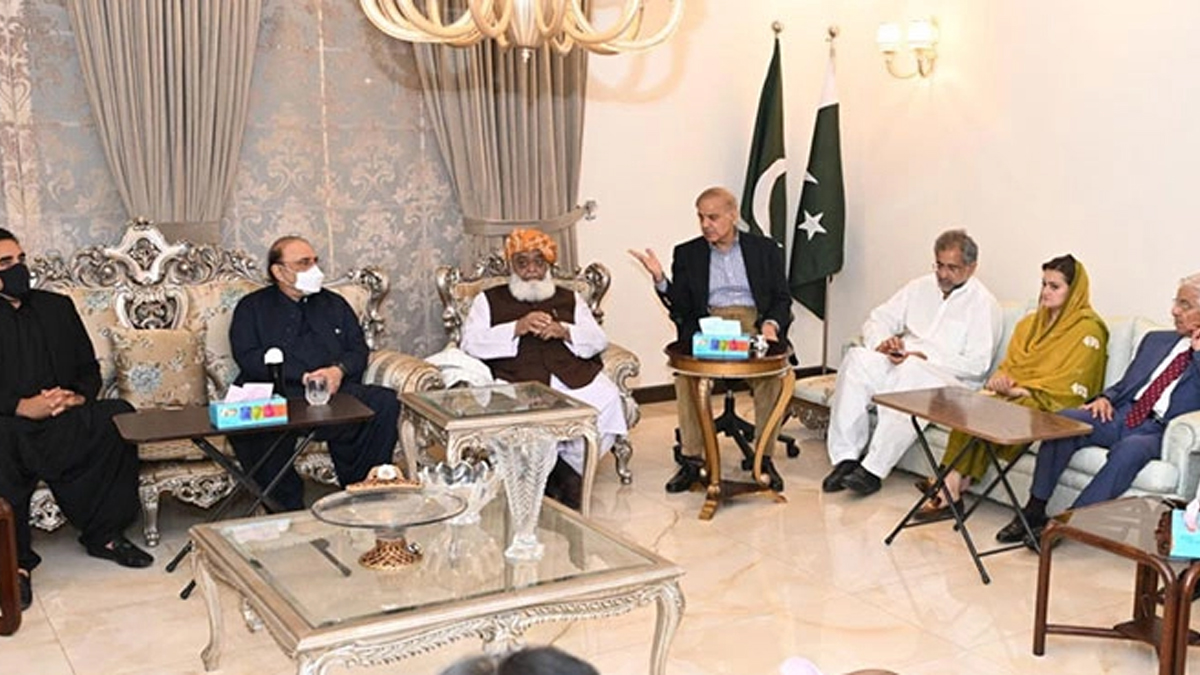 A special committee of the PML-N submitted its report to PM Shehbaz Sharif on Thursday regarding consultations with the allies on the upcoming federal cabinet.

The special committee held extensive talks with all the coalition partners.

The committee comprised several senior PML-N leaders, including Rana Sanaullah, Ayaz Sadiq, and Khawaja Saad Rafique. Following the report’s submission, it was expected that the federal cabinet would be formed in phases on Saturday (today) or Sunday (tomorrow).

Rana Sanaullah has been recommended for becoming the Interior Minister and Ahsan Iqbal for the Minister of Law. Khawaja Asif is set to be named as the Defence Minister, and Ayaz Sadiq will be given the IT ministry. Moreover, Rana Tanveer Hussain would be appointed as defence production minister and Miftah Ismail is set to be appointed as the financial adviser. Marriyum Aurangzeb would be given a portfolio of the information ministry.

Sources privy to the matter said that 13 ministers would be picked from the PML-N, ten from the PPP, and three from the JUI-F. The National Assembly (NA) speakership was given to the PPP, while the JUI-F took the post of deputy speaker, as per developments early Saturday.

Besides, the Balochistan Awam Party (BAP), the Muttahida Qaumi Movement-Pakistan (MQM-P), and other allies, including independent MNAs, would also be given representation in the federal cabinet.

Mohsin Dawar and Shahzain Bugti are also expected to join the ranks of ministers.

Zardari and Bilawal called on Prime Minister Shehbaz on Thursday to congratulate him on assuming the premiership. Shehbaz thanked the PPP leaders for their invitation and lauded their cooperation in forming the current coalition government.

The Prime Minister said his government’s priority was to work for Pakistan’s uplift through mutual consultation and cooperation.